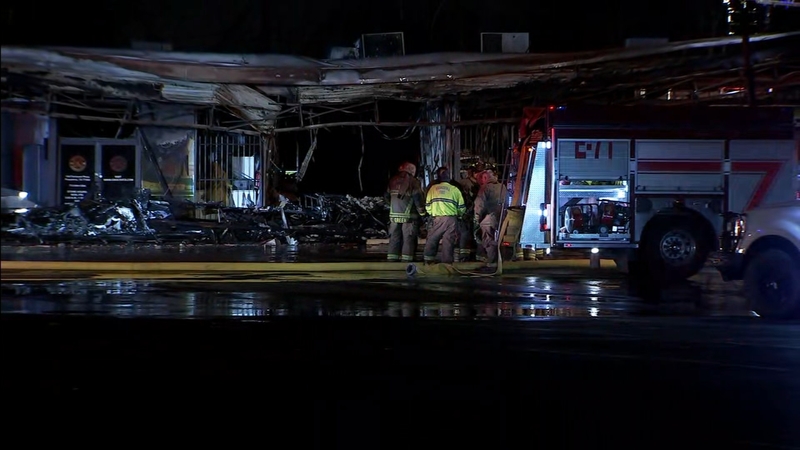 PASADENA, Texas (KTRK) -- Firefighters worked to put out a two-alarm fire at a shopping center off Fairmont Parkway in Pasadena early Monday morning.

Officials said it started just after 2 a.m. at a nail salon. Due to the sheer size of the strip mall, Pasadena firefighters called in for assistance from the Houston Fire Department.

All of the stores in the shopping center were closed when the fire started, firefighters said.

"Who called it in? I'm not sure. It came in as an automatic alarm. It was an alarm company. So it worked. The alarm system worked," Pasadena Fire Chief Lanny Armstrong said.

One firefighter was treated for heat exhaustion, but luckily, no one else was hurt.

Armstrong said firewalls in the strip center prevented the flames from spreading through the entire building. About three or four units were damaged, officials said.