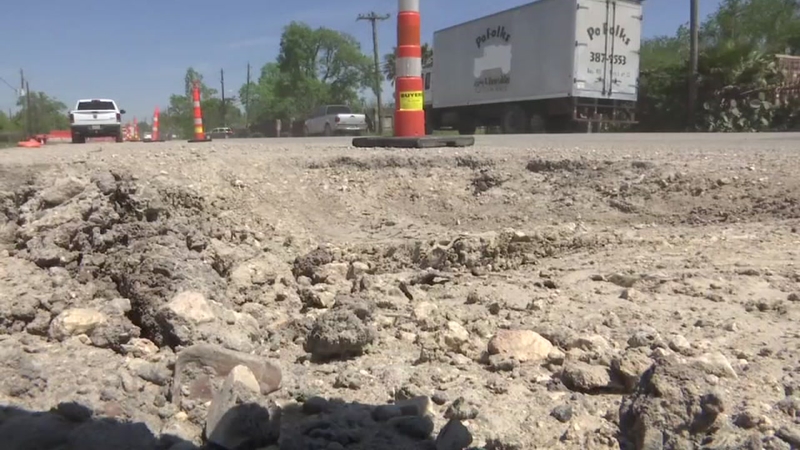 HOUSTON, Texas (KTRK) -- Road repairs are coming to a part of east Houston that's been asking for them for more than a year.

A member of Mayor Sylvester Turner's team questioned video by ABC13 used in the story, stating he drove through east Houston and the roads weren't "that bad."

This week, we learned a study was recently done, and the city determined the road is in need of repair. A problem people who live nearby know too well.


"Drive through it and you're going to get frustrated," Pedro Chapa said.

Armenta said after months of nothing getting done, neighbors are trying to get attention. A petition is circulating with names of neighbors looking for road repairs.

Her family even sent an email to city hall. The response is something she can now see with her eyes.
"I hope it works," Armenta said. "Whatever they're going to do, I hope it works."

Soon, the city is going to patch large sections of the road from Wallisville Road to Beaumont Highway. The city is exploring other funding sources for a long-term fix.

"Patches don't help," Chapa said. "Maybe for a cut you have, but on the roads, it's not going to help at all."

"I don't believe them anymore about what they're going to do, but I just hope it works," Armenta said.