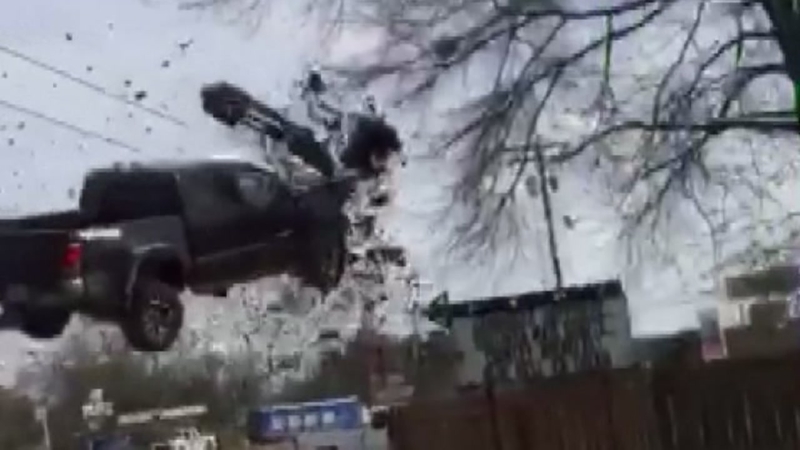 WEBSTER PARISH, LA -- We're getting our first look at some incredible video of a police chase in Louisiana.

Deputies said they stopped the driver of a Toyota Tacoma for speeding, but then the passenger tried to make a getaway.

As the driver was speaking with officers outside the vehicle, that passenger climbed into the driver's seat and took off.

He led officers in a chase that ended when his truck hit some spike strips, swerved and then went airborne.

A bystander with a smartphone captured the whole thing on video.

The driver was unhurt, but you can tell from the incredible damage to the truck just how violent that crash was when he landed.

Deputies said the suspect was an escaped work-release participant. He's now back in custody.

Multiple hot days cause the roads in Minnesota to buckle, sending cars launching into the air.