Russia sanctions could cause 'sudden and significant' spike in gas prices, experts say 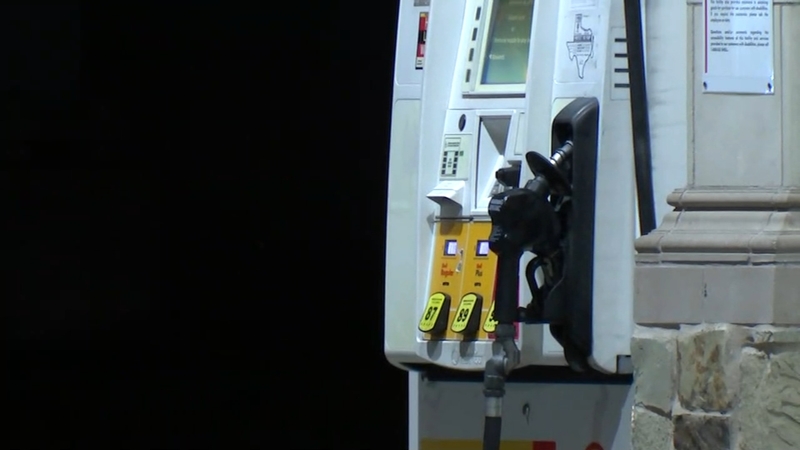 The Russian invasion of Ukraine could have some serious impacts here in the U.S, especially when it comes to gas prices.

As Russia begins invading, Ukraine's military says it has begun the partial call-up of reservists.

Across the country 36,000 reservists, who are between 18 and 60 years old, are being called to duty, though it's still not considered a full mobilization.

That was enough for U.S. President Joe Biden to declare on Tuesday that Russia was invading Ukraine.

Now, that means the U.S. is implementing economic sanctions on Russia.

Derick Waller reports on the escalating tensions from outside the United Nations on Manhattan's East Side.

For you, that means even higher gas prices. As for how much, the rise is expected to be sudden and significant.

Experts say national average gas prices could spike by as much as $1 by next week, bringing prices to the highest they've been since 2000.

University of Houston energy expert Ramanan Krishnamoorti says if the conflict overseas drags out, it could spike gas prices to $5 per gallon, and it could last for several months.

Currently, about 10% of the world's crude oil supply comes from Russia.

Krishnamoorti says higher gas prices won't just affect us at the pump. It also means higher prices on everything we buy, on top of the inflation we're already experiencing.

The latest inflation numbers could show another 40-year high as food, gas and car prices continue to increase.

"You should expect to see at least a monthlong increase in prices in crude oil and natural gas, because it's going to escalate and deescalate. It's going to take a lot of effort," Krishnamoorti said.

There is something Krishnamoorti says Biden can do to help in the short term.

"We have the Strategic Petroleum Reserve that's available at the president's hand. That's a tool available at many of the biggest developing countries -- China, India, Europe," Krishnamoorti said. "They all have a petroleum reserve. If they open up the spigots there, that in the short term will alleviate fears in the market."

In November 2021, Biden ordered 50 million barrels of oil be released from America's reserve to help bring down energy costs. It was the largest-ever release of barrels from the Strategic Petroleum Reserve.

If you're in the market for a new car in 2022, there are several new features to consider.