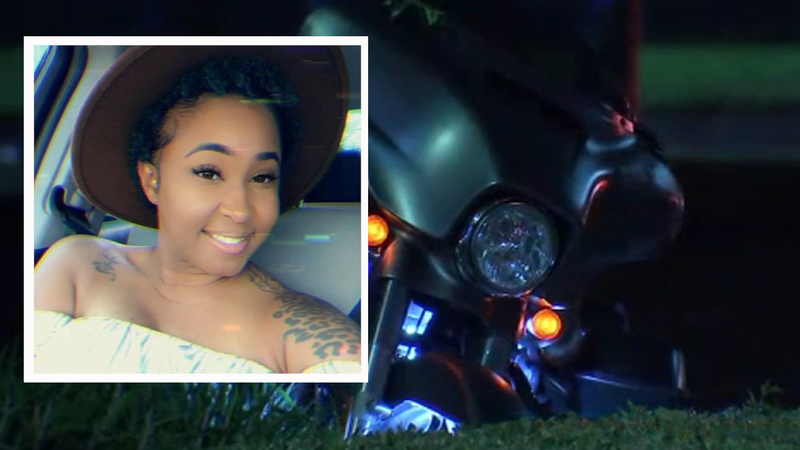 HOUSTON, Texas (KTRK) -- The family of a woman who was thrown from the back of a motorcycle Saturday night during a hit-and-run crash is pleading with the driver to come forward.

The woman's family said they do not want an apology from the driver, but they need them to come forward so they can have a sense of peace.

Wilson's friend, Kay Abbas, was driving the motorcycle and she was on the back. He said they were out celebrating a promotion she got at work.

"Soon as I kept pursuing through the light, a Suburban or Tahoe just jumped out of nowhere and just t-boned us," Abbas said. "That's all I remember from that."

He walked away with a few scratches. Wilson was pronounced dead at the scene.

Wilson's father said he was paralyzed by the news of her death.

"I woke up to police officers at 2 o'clock in the morning," Ray Wilson, the woman's father, said. "Police come to your house, my first thought was, 'Please make this a mistaken address.'"

Now he just wants to know who did it and for them to take responsibility for the death of his daughter.

"I understand the motivation of, 'I have got to get out of here, because I'm in trouble,' but then I try to come back to the sense of humanity that 'I've got to do what's right and accountable,'" the woman's father said.

Houston Police said they are looking for a dark colored Tahoe or Suburban with front end damage.

Anyone with information about what happened is asked to call HPD.