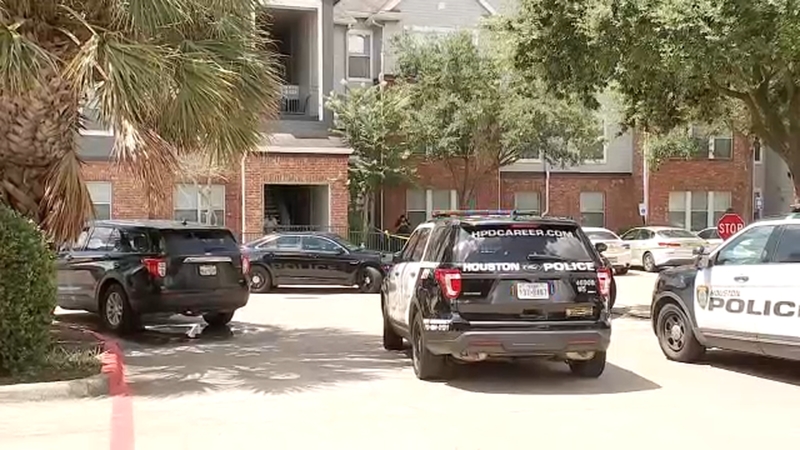 HOUSTON, Texas (KTRK) -- A mother is dead after she was shot four times while holding her 1-year-old son, who was also wounded, in a domestic violence incident Thursday morning in the Westchase area.

Police responded to a shooting reported at an apartment complex located at 11212 Westpark Dr. at about 10:35 a.m.

Authorities said it started as a domestic dispute.

When officials arrived, the woman was in critical condition.

Emergency personnel gave her CPR and were able to get her pulse. She died at the hospital.

According to police, a bullet struck her baby boy's ankle. The child was also transported to the hospital. He is stable.

Authorities believe the suspect is the father of the child. Officials say the man was out of jail on seven felony bonds and had an ankle monitor.

However, it's unclear if he was wearing the device at the time of the shooting.

Police were looking for him Thursday afternoon.

"We wonder what could we have done to prevent this. Once again, we don't want to put any fault anywhere, however, with the suspect being out on bond for seven major felonies, this could have been prevented," said HPD Asst. Chief Patricia Cantu.