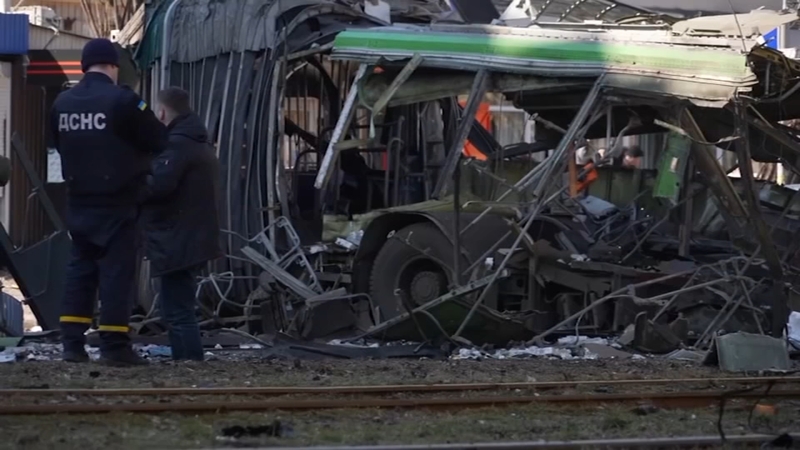 MONTGOMERY COUNTY, Texas (KTRK) -- A Montgomery County doctor is paying close attention to the war in Ukraine. Dr. Kateryna Komarovskiy is Ukrainian, earned her medical degree there, and is in contact with doctors still on the ground in the war-torn nation.

She told ABC13 she wasn't much for social media until the war. Now, that's how she keeps in touch with friends who are still trying to provide medical care under difficult circumstances.

"It has become very personal from the beginning," she said. "All the resources are pulled to treat the wounded, but they also have a population of Ukraine that needs regular health care, so they're not receiving it."

Komarovskiy said the doctors are trying to use telemedicine but filling prescriptions is challenging. It's virtually impossible in towns where there is no power or phone.

But as she devours news coverage and communicates with friends in Ukraine, Komarovskiy is also reminded of the past. The mass evacuations are not dissimilar from her children, when at age 9, a reactor at the Chernobyl nuclear power plant exploded and sent deadly radiation into the air. Her hometown of Kyiv was not far away.

"My mom figured it's not safe because of radiation," she recalled. "So I was relatively lucky because my mother knew what was happening and had the ability to leave far away."

So many evacuated then as they are now. But Komarovskiy, who last visited the beautiful European city during a trip there in 2019, is buoyed by the strength of her people.

"It's going to be a big need to rebuild a lot of things," she said. "My friends love their country, they want to rebuild, and those who leave plan to return, and I look forward to helping them in this effort."