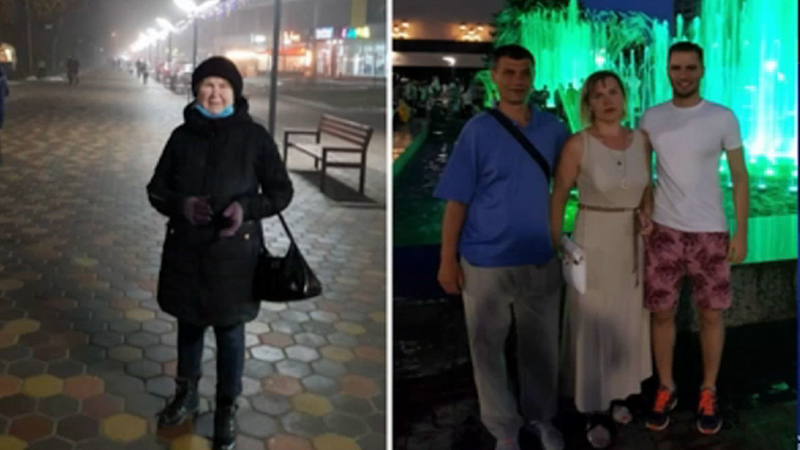 Ukrainian in Houston fights to free family from war-torn country

HOUSTON, Texas (KTRK) -- Ukrainians in Houston are sharing their stories about their families in the war zone fighting to flee the Russian invasion.

Dmytrii Dolhov, 27, has lived and worked in Houston for two years. He says he watches the images of war and destruction unfold in Ukraine every day.

Dolhov grew up in the northeast city of Sumy. He says his 51-year-old parents and his 73-year-old grandmother were forced to flee the war-torn country shortly before the Russian invasion on Feb. 24.

He said his family drove 28 hours from Sumy to the Ukraine/Moldova border. It was a trip that would normally take nine hours.

"Russia has always tried to be not really friendly to us," said Dolhov. "Either prohibit our language, take our land."

It's a story he knew would eventually play out. He said his family was together for roughly 10 days before his father had to kiss his wife and mother-in-law-goodbye

"My dad is not allowed to leave. They have tried multiple times to leave. He can't and because all men 18 to 60 must stay and defend the country," Dolhov.

Dolhov said the Russian invasion and the arduous journey to leave Ukraine are taking a physical toll on the matriarch of their family. He said his elderly grandmother is growing weak by the day and in need of care. She's running low on medicine and is unable to walk on her own.

"She was on some medications, which is just shots. They ran out of it," said Dolhov. "They need more. But in a small town they were currently in, there are no hospitals around and even if you can find the hospital, it's overwhelmed with injured people like from actual battlefields."

But he said his mother and grandma remain on the move.

"We always expected that ... something like this. So they're not scared I would say. They're just really sad about being refugees," he said.

Dolhov has set up a GoFundMe to help pay for the travel from where his mother and grandmother are in Romania to Germany, and then by bus to Poland. He says they will need food, shelter and medicine along the way.

Dolhov said he doesn't know if his family will ever be able to return home. He's hoping the U.S. government will do more by allowing Ukrainian refugees to enter America.