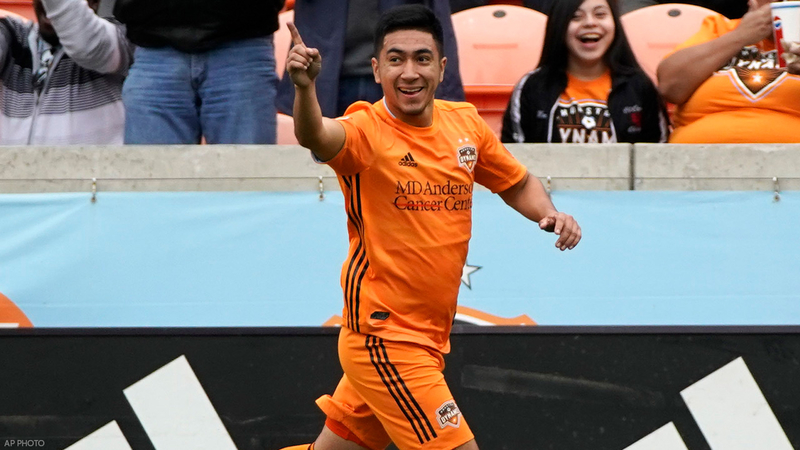 From El Campo to Houston: The Dynamo's Memo Rodriguez

HOUSTON, Texas (KTRK) -- Memo Rodriguez is the first player to advance from the Houston Dynamo Academy to the major league team, but his story began in his hometown of El Campo.

Rodriguez, who was born in Wharton, had his first experience playing soccer at the Boys & Girls Club of El Campo. His father died in a car accident before Rodriguez was born, but his mother stepped up to nurture her son's love of soccer. At one point, she was driving him back-and-forth from El Campo to Houston daily to attend practices and games.

"If it wasn't for her, I wouldn't be in this position I'm in today," Rodriguez said.

The long drives paid off, as Rodriguez has emerged as one of the star players on the Houston Dynamo. He recently received a multi-year contract extension, and says head coach Tab Ramos believes in his abilities as a professional soccer player.

"It's crazy that a kid from El Campo makes it to pro sports," said Memo.

Memo still has family in El Campo, including his mom. He said his greatest memories of growing up there include playing soccer with friends at Friendship Park, as well as eating at Mikeska's Bar-B-Q. Rodriguez and his girlfriend are expecting a son in December, and Memo is excited to bring him to his hometown.

Watch the full interview in the video above as Memo Rodriguez sits down with ABC13's Chaz Miller to discuss his soccer career, the lessons he's tried showing his three brothers, seeing his son's ultrasound, and more.