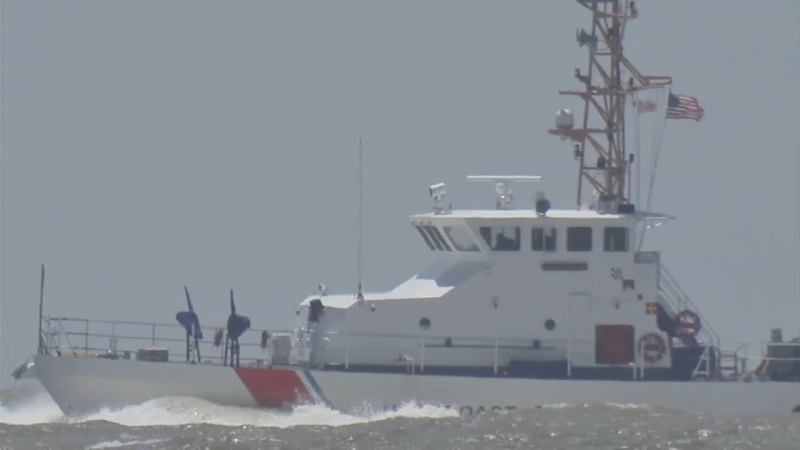 Beach patrol is warning everyone about the extremely dangerous conditions on several beaches after two teens went missing from two different area beaches over the weekend.

The Coast Guard continues its search for a 17-year-old who went missing from Surfside Beach.

The conditions are so bad along the Gulf right now that lifeguards are telling people to stay near the shore, and Red Flag warnings are in effect across several beaches.

The 17-year-old from Houston was reported missing around 8 p.m. Sunday when he failed to return to the shore with his friends after going for a swim. The Coast Guard deployed helicopters and boats but could not find him.

ABC13 learned that he was 150 yards out and may have stepped off a sandbar.

"I would not be out in that water, and I have seen a lot of people in the water and I just hate to hear that they lost somebody," Mike Russell said.

A very similar situation unfolded about 50 miles down the coast near Matagorda.

Galveston Beach Patrol is seeing strong rip currents and rough surf, so lifeguards are telling adults who know how to swim to go no further in the water than waist deep. For kids and inexperienced swimmers, the recommendation is to stay near the shoreline in ankle deep water.

If you are coming to the beach, go to areas that have manned lifeguard stations.

Watch this video to learn what to do if you're ever caught in a rip current.