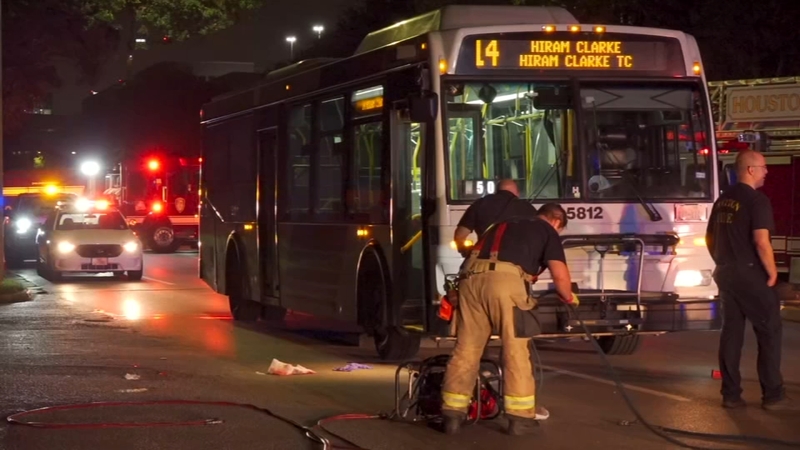 HOUSTON, Texas (KTRK) -- A man was hospitalized Saturday night after he was freed from beneath a METRO bus Saturday night following a crash in the Medical Center.

It happened around 10:15 p.m. near Main Street and Morningside.

The man walked in front of the bus and was hit, police said. He became trapped underneath the bus, and firefighters had to use airbags to raise it before being able to free the man, according to Houston police.