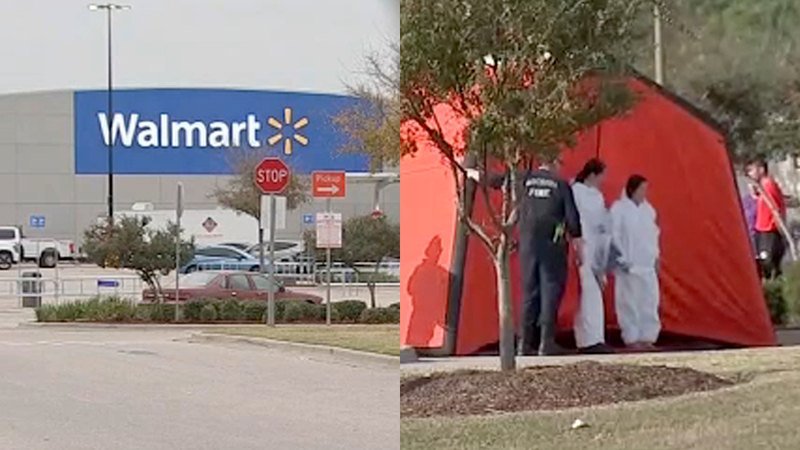 We now know that law enforcement officials believe suspect Christopher Melder broke into the former Geochem building in the 1400 block of Brittmoore sometime during Dec. 13.

It is believed the 19-year-old father of two children stole 11 pounds of mercury and put it in his backpack. Law enforcement sources said he then tried to sell the mercury in small batches for $20 each.

He managed to sell it twice.

Around 60 people were decontaminated as a precaution following the discovery of the heavy metal mercury at a west Houston shopping center located in the area of Westview Drive and West Sam Houston Parkway.

Sources added he was also playing with the mercury, which is how it ended up in the Walmart parking lot, near the Sonic, and now, at the McDonald's and bathrooms inside the Walmart. Authorities also believe it may have made its way into a Bucky's convenience store in the area.

The Houston Health Department urged anyone who visited the Walmart and Bucky's, as well as a Sonic Drive-in and a Shell convenience store nearby, between Dec. 13 and 15, to monitor for symptoms over the next few days and visit their doctor.

Officials also urged pregnant women who visited the locations to be mindful of symptoms.

Symptoms of acute mercury exposure can include headaches, eye and throat irritation, coughing and nausea.

Despite the exposure, officials added that there's little threat to the public.

"Even with mercury detected inside the Walmart, the threat to the general public remains minimal," said Dr. David Persse, local health authority for the Houston Health Department. "With mercury, the biggest concern is long-term exposure, which is not the case in this situation."

A pregnant woman was transported to a hospital as a precaution. Twelve others were evaluated at the scene on Sunday.

Stanfield said both Melder and his mother have a history of drug-related charges, and that the young man was more or less homeless. He is currently on deferred adjudication on drug charges from 2018.

On his Facebook, Melder shared the news coverage of the mercury spill, hours before he was arrested by FBI agents. His mother also shared the same news stories, posting that her son contaminated a Spring-area emergency room before being evaluated at a different hospital.

"That's his style. Anything he does badly, he thinks it's cool. Like the tattoo on his face that says 'no regrets,'" Stanfield said.

Melder is under arrest. He made an initial court appearance Monday night.