Man who led police on chase expected to be OK after exchanging fire, HPD says 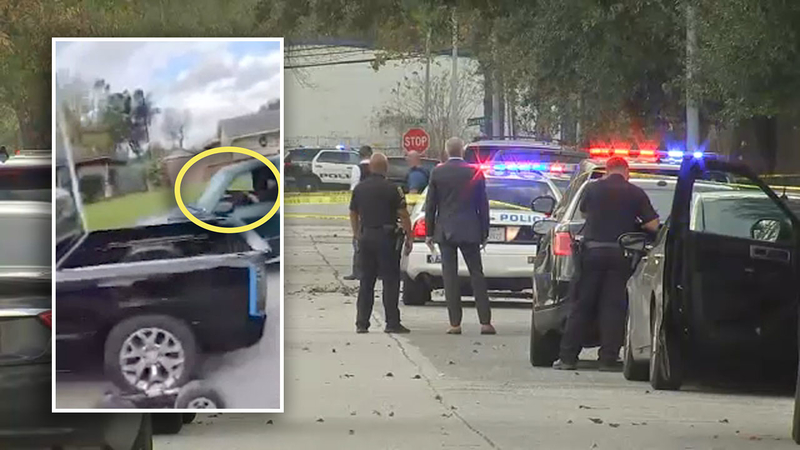 Man expected to survive after gunfight with officers, HPD says

HOUSTON, Texas (KTRK) -- An armed suspect is expected to survive after Houston police officers exchanged fire with the man in the city's east side, officials said.

Police said they responded to a family disturbance call Friday at about 1:15 p.m. in the 10200 block of Valencia Drive.

HPD commanders & PIO are en route to an officer-involved shooting in 10200 block of Valencia Dr in NE Houston.

Prelim info is HPD officers discharged weapons, striking an armed suspect who fired at officers. Suspect was taken to hospital. No other info at this time. #hounews pic.twitter.com/a4es9hy8eV

The man had showed up to a family member's home and threatened to kill them, according to HPD Assistant Chief Ban Tien.

Tien said officers spent approximately 45 minutes at the scene trying to find the suspect when they noticed the man's vehicle driving back toward the house.

During an attempt to stop the suspect, the man reached out the vehicle's window and waved a gun, according to Tien. The suspect refused to stop, leading officers on a two-minute chase

On his way back toward his family member's house, the man jumped out of the vehicle and started firing shots at the officers. According to Tien, the man was armed with a handgun and a rifle.

These are the weapons used by the suspect against our officers. The damage to the patrol vehicle can be seen on the windshield and on the roof near the light bar. Thankfully, our officers were not injured. #HouNews https://t.co/qv7K3nV3M4 pic.twitter.com/bP99tAG2Lc

Three officers returned fire, but none of them were struck. The suspect, however, was hit.

Tien said an officer immediately rendered aid before the man was rushed to the hospital. The suspect was undergoing surgery and was stable, police said.

"It is extremely fortunate that no one is dead today," said Tien.

Police described the suspect as a Hispanic man in his mid 20s.

"It is believed the suspect may have some mental issues," said Tien.