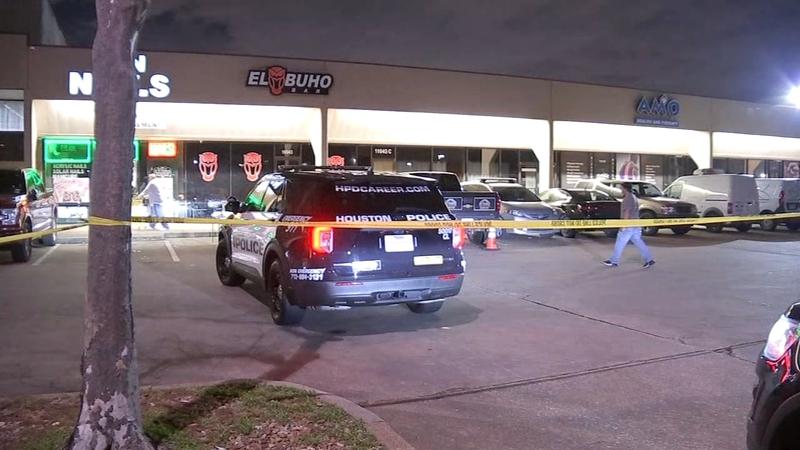 HOUSTON, Texas (KTRK) -- Investigators are looking for surveillance video at the scene of a deadly hit-and-run crash in the parking lot of a southeast Houston club.

According to Houston police, a black pickup truck was speeding around 2 a.m. Monday when it hit a couple walking through the parking lot of El Buho Bar in the 11043 block of Fuqua Street.

The driver took off after the crash, police said.

A 32-year-old man was pronounced dead at the scene, police said. A 27-year-old woman who was also struck was taken to the hospital in stable condition with a broken leg.

Police said they didn't know why the driver would have been traveling so fast through the parking lot.

"We believe that person had been drinking at this bar at some point earlier," Sgt. David Rose said. "We do not know who that person is. We don't have a good description of that person at this time."

The wanted driver was described only as a Hispanic male who was possibly intoxicated. Witnesses told police he caused a disturbance in the parking lot before the crash.

Investigators are working to gather surveillance video of what exactly happened from businesses in the area.