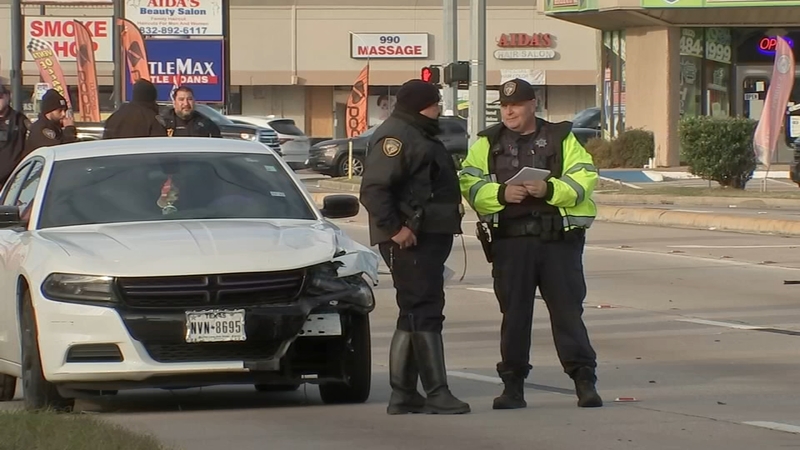 Officials say the man was hit by an eastbound vehicle and was thrown into the westbound lanes where he was struck again. The investigation caused a traffic nightmare for Monday morning commuters on FM 1960 near Hafer Road.

Harris County Sheriff's deputies tell us they believe the man who was hit is a local homeless person living along FM 1960.

Around 5:50 a.m. Monday, the man, who was in a wheelchair, was crossing the busy eastbound lanes of the road when he was hit by a white Dodge Charger.

Investigators say the victim was not crossing at a crosswalk. The impact threw the man into the opposite lanes of traffic, where he was then hit several more times. He died at the scene.

Deputies say the first driver to hit the man left the scene, but the car was eventually discovered at a residence due to the damage on the vehicle. The vehicle's owner was brought back to the scene and to be questioned by authorities.

"When the deputies went out there, they kind of noticed that it matched some of the car parts that were out here at this scene. Then they called us and we had them bring the female that was, we are not sure, she is saying that she was not driving. We are expecting that she was, but after further investigation, we will find out if that is true or not," said Sgt. Dennis Castanie with the Harris County Sheriff's Office.