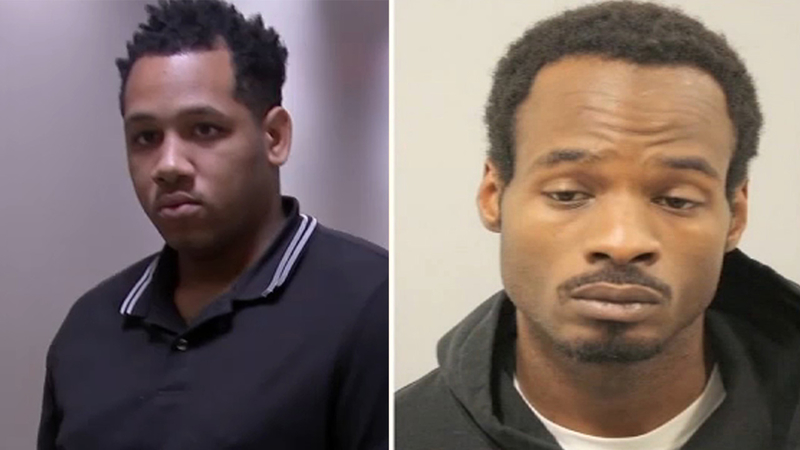 HOUSTON, Texas (KTRK) -- The biological father of little Maleah Davis lunged after the man who was the last to see her alive.

Derion Vence, who was charged with tampering with evidence in connection with the death of Maleah Davis, was in family court Friday to sign away his parental rights to Maleah's half-brother, Courtland.

ABC13's Miya Shay attempted to speak with Maleah Davis' biological father, who attacked the suspect in his daughter's death during a hearing.

Before the court proceedings began, witnesses say Vence and Craig Davis, the father, exchanged either words or looks.

Witnesses say Davis then jumped across several tables and attacked Vence who was handcuffed and sitting in the jury box of the court room.

"The person who committed the murder is in cuffs sitting in there, and I don't know what's going on, it's a CPS day apparently in that courtroom," attorney Richard Tholstrup, who was in the courtroom on an unrelated case and saw the attack, told ABC13. "I was sitting there and somebody came in. I thought it was a father, big guy, bigger guy, and he ran across the room and started beating the dickens out of him."

Vence apparently did not want to press charges so no charges will be filed against Davis.

"Everybody agrees that whatever he got he more than deserves. Okay, so even the people who were trying to quiet things down, I'm not saying the sheriff's deputies, but just any lawyers that are in there," Tholstrup said.

The body of Maleah Davis was found in Arkansas on May 31, 2019, after she had been missing for a month.

Vence was once engaged to Birttany Bowens, the mother of Maleah.