Money for the hungriest kids goes to gambling, constables say 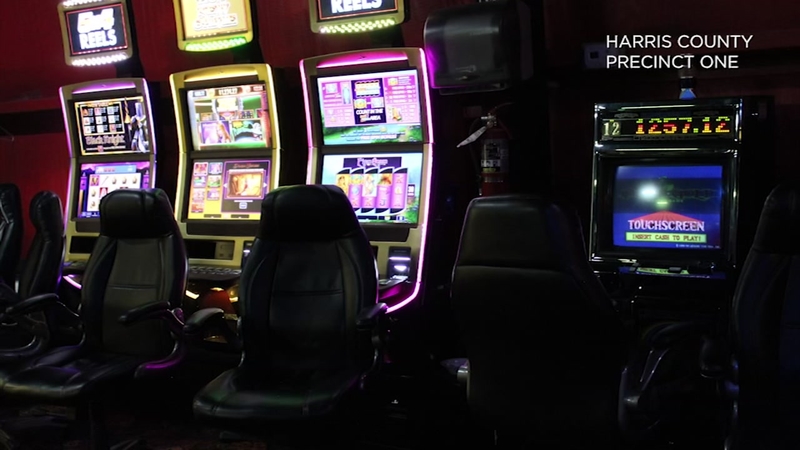 CHANNELVIEW, Texas (KTRK) -- Constables allege needy parents may have sold their food stamps in exchange for cash to gamble.

In Texas, food stamps only go to the neediest families. Most make less than $15,000 a year.

As part of a 13 Investigates report, Precinct 1 Constable Alan Rosen said he believes the alleged operator bought the cards for half their value from parents of hungry kids, so those parents could pour the money into a slot machine.

13 Investigates was there when constables arrested Charles Miley recently on three felony charges for possessing food stamp cards. Miley was already facing another charge for operating the alleged illegal game room in Channelview.

"It's pretty clear to us that he's getting these cards and giving them cash for the cards at a discounted rate, so that the people can gamble there," Rosen told us when Miley was arrested.

Photos from inside the alleged illegal game room show rows of eight liner slot machines inside and a safe with wads of cash. Constables also found bags of cash elsewhere.

Outside, the Channelview building looks like an auto garage. Rosen says the look didn't fool customers.

"I've never busted one that's empty. It's sad. It really is sad," Rosen said, as the place was packed when his team shut it down.

According to court documents, investigators found a Lone Star card in a safe inside the alleged game room, and three more cards inside Miley's wallet when he was arrested. Three of the cards had more $200 on them. Possessing just one that's not your own is a potential felony.

"His excuse was that he was buying food for the gaming establishment with them," Rosen told ABC13, which would also violate Texas rules. Lone Star cards are supposed to buy baby formula, food, diapers, and essentials for needy kids.

"I find them all over the place. People drop out in the room. I pick them up and give them back when they come back into play," Miley told ABC13, standing handcuffed near his alleged game room.

Some of the cards had their PIN numbers attached and by Miley's admission, he's found some customer's cards more than once. Maybe he's just lucky.

Just before he went to the Harris County jail, he suggested his luck may have run out.

"Not so damn lucky today, huh?"