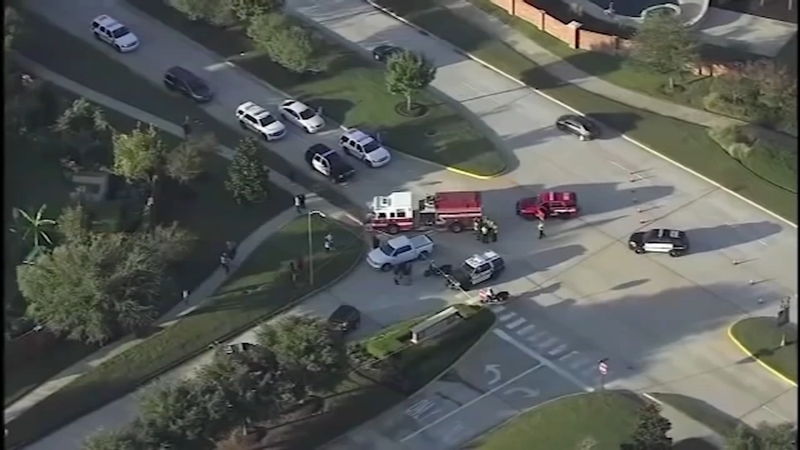 HOUSTON, Texas (KTRK) -- A 73-year-old man was hit and killed while riding his bike in southwest Houston.

His death is shining a light on a bill, signed into law in September 2021, that holds a driver responsible for a crash that leads to injury or death of someone in a crosswalk.

Ko was riding his bike through a cross walk near Bellaire Boulevard and Osage Street on Monday morning when he was hit by a car.

Police say the driver stopped to render aid and didn't appear to be drunk, nor using his phone at the time.

Because of the new Lisa Torry Smith Act, signed by Governor Greg Abbott, the driver could face a felony charge.

The new law is named after Lisa Torry Smith, a Fort Bend mother who was walking her son to school in 2017 when she was hit and killed by a vehicle. The boy survived the crash.
RELATED: Grandmother accused of hitting, killing young mom won't be charged

The driver, in Smith's case, was not indicted. Although, Ko's death could be the first case where the driver is charged with a felony.

"The Act is a necessity, especially in a city like Houston, where people want to be able to walk and bike safely. But, a lot of our streets aren't designed for it," says Joe Cutrufo with BikeHouston.


According to 2019 statistics from the U.S. Department of Transportation, compared to cities Houston had 256 total fatalities with 81 of them involving pedestrians.

Mayor Sylvester Turner addressed his Vision Zero initiative during a Zoom meeting Friday afternoon. He says Vision Zero strives to have zero fatal pedestrian crashes by 2030.
"I know some people will say, oh Mayor, that's impossible," says Turner. "But, it has happened. You have to design the roads with that in mind. You have to encourage people to share the roads. It's not just for cars and trucks, but multiple uses: pedestrians, people on their bikes. But we are changing the way we design so the Vision Zero plan is critically important."

Cutrufo say the goal can't happen if drivers don't take pedestrians and cyclists seriously. "We don't treat crosswalks as a serious part of the transportation system. If drivers are allowed to speed, if drivers continue to drive around distracted, we're going to have serious problems on our streets," said Catrufo.

He says keeping pedestrians safe is up to the person behind the wheel. "There are a lot of different causes for traffic fatalities, but when you're piloting a 5,000 lb. vehicle, the burden of responsibility is on you to slow down and pay attention."
Report a correction or typo
Related topics:
houstoncar accidentspedestrian struckpedestrian killedpedestrian walkwaylawspedestrian injuredbicycle crashpedestriansdriver
Copyright © 2022 KTRK-TV. All Rights Reserved.
PEDESTRIAN KILLED
Pedestrian killed in hit and run in northwest Houston, HCSO says
Man was in middle of McKay bridge when he was hit and killed, HPD says
Bicyclist killed in hit-and-run crash on Mount Houston at I-45
Man dies after being struck by 18-wheeler while crossing North Loop
TOP STORIES
Coast Guard suspends search for Houston woman off Alaska coast
Child left alone starts E. Houston apartment fire
The Railroad Killer
10-month-old girl left in hot car for 'several' hours, HPD says
Known white supremacist threatening armed standoff at Texas Capitol
Katy ISD employee's husband accused of stabbing wife to death
Judge: COVID-19 asylum restrictions must continue on US-Mexico border
Show More
Track your fitness with an app? Doctors wary about certain ones
Your chance of rain is going up this weekend
Harris County Election Day process under fire by Republican Party
Woman stopped at US border with condom-wrapped fentanyl
Parents reminded they're 'rolling the dice' on kids without COVID shot
More TOP STORIES News