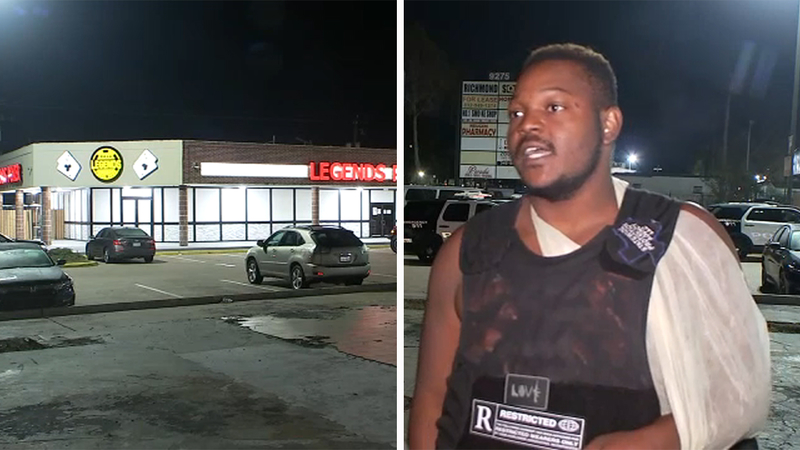 HOUSTON, Texas (KTRK) -- A man has been arrested after Houston police said he attempted to rob a game room on the city's westside.

Police said the man entered the building in the 9200 block of Richmond with an AR-15 just before 1:30 a.m. Monday and announced that he was robbing the business.

That's when a security guard tackled the man from behind, police said.

The guard and several others were able to pin him down and take the rifle away, but the weapon discharged several times in the process, police said.

Thankfully, no one was hit.

ABC13 spoke to the security guard who fought the man.

"And he was asking me to give him the money. But instead, I lunged towards him, fought him, wrestled him with the gun, it started to go off," Trelynn Robinson said. "A couple things happened. I was able to tackle him down and put the handcuffs on him, arrest him."

The security guard said he dislocated his shoulder and has a graze wound.

He and the other patrons who helped pin the man down held him until officers arrived at the scene.

Police said there were 45 to 50 people at the business at the time of the attempted robbery.