How the oldest living WWII vet celebrated his 111th birthday 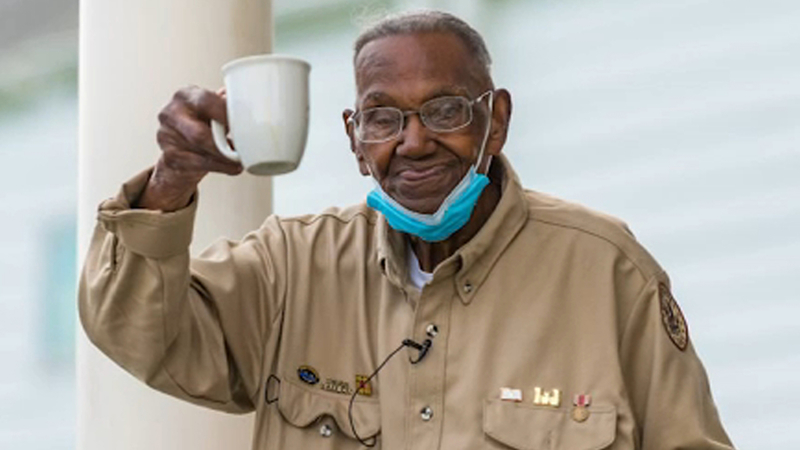 Lawrence Brooks of New Orleans turned 111 this weekend. The National World War II Museum said as part of his many gifts, he received a special serenade, an aerobatics show and a full military flyover.

He was able to watch it all from his porch. Brooks also received about 10,000 birthday cards thanks to a public campaign.

Brooks was part of a predominately African American battalion during the war.

The museum said his rank was private first class.