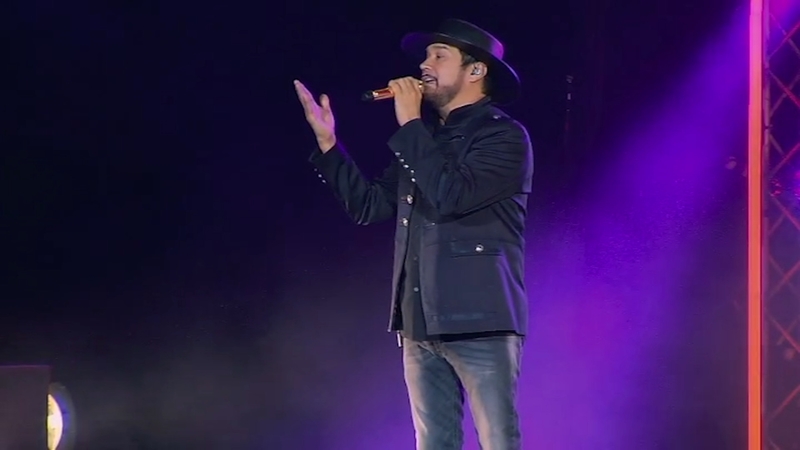 HOUSTON, TX (KTRK) -- Shell Freedom Over Texas will look a little different this Fourth of July, due to COVID-19. ABC13 is partnering with the City of Houston to bring you a live star-studded entertainment and fireworks show through your television, mobile and streaming devices.

Grammy-winning Tejano band La Mafia will be among the acts taking the stage at Jones Hall on July 4th. La Mafia, which started in North Houston in 1980, is celebrating its 40th anniversary this year. The band's frontman, Oscar De La Rosa, recalled how he started playing music in the cantina that his dad owned.

"Sometimes artists would leave their instruments there and we would play with the instruments," said De La Rosa. "That's pretty much how I really got interested in music."

"I was helping out some friends of mine," said original band member Armando Lichtenberger Jr., who plays keyboards and accordion. "Their accordion player had broken his fingers. I was helping them out and we were playing at his dad's place and Oscar was there that night. That's where we first met."

During the 1980s, La Mafia's style was strictly Tejano. But in the 1990's, the band decided to change their style and give younger generations something new. Their 1991 album Estas Tocando Fuego became the first Tejano album ever to go platinum.

"Estas Tocando Fuego, that was the beginning of what we created," said De La Rosa. "The Tejano industry did not approve of it."

"We were accused of abandoning our culture," added Lichtenberger.

"At the end of the day, this album sold more than a million, 1.5 million," said De La Rosa. "I said, we're not doing anything wrong. If we're doing something, we're doing it right."

The group's next album in 1992 included the hit song "Me Estoy Enamorando", which was No. 1 on the Billboard Latin chart for nine weeks.

"To be honest, we didn't think Me Estoy Enamorando was going to be the hit that it turned out to be," said De La Rosa.

"That song is probably the reason we're around right now," said Lichtenberger.

In 1992, La Mafia drew a then record crowd at the Houston Livestock Show and Rodeo for their Go Tejano Day performance. 55,000 fans crowded into the Astrodome to watch La Mafia take the stage.

Through the years, La Mafia has influenced many different generations and is still attracting new fans.

"Last year, we recorded a live album in Monterrey, Mexico," said De La Rosa. "But the amazing thing is that they're singing the songs. It's a whole new generation of fans that are singing our songs in other countries today."