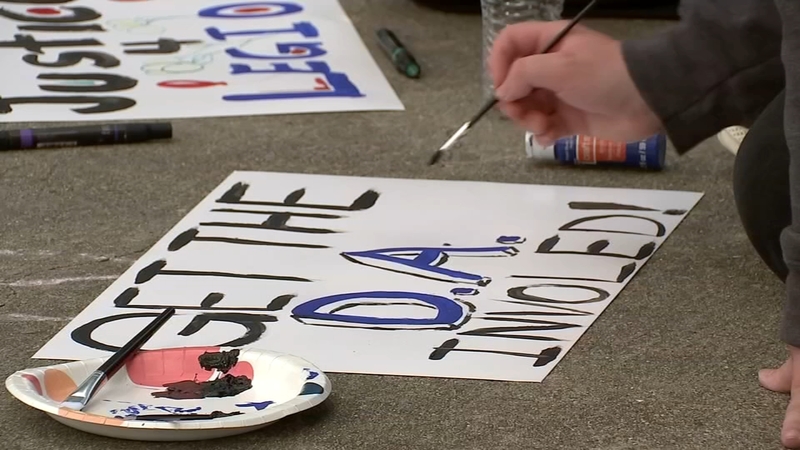 KINGWOOD, Texas (KTRK) -- A group of students and parents met at Kingwood Town Center on Monday afternoon seeking changes and justice for two students who were recently injured at Kingwood Park High School.

"Two students landed in the hospital and that is absolutely unacceptable," said Casandra Magee, a sophomore student who helped organize the peaceful rally.

The first student was allegedly attacked in the men's restroom by a peer. The assault was recorded and shared on a student's cell phone video.

"It was a lot. It was a lot to watch one of your peers be so brutally assaulted in a school bathroom. It was awful to watch," said Magee.

The very next day Cheyla Glenn's son was injured while trying to defend a student in a second fight.

"(I) got a call from one of my sons that my other son was on the ground seizing after being hit," said Glenn.

Two days in a row male students were rushed to the hospital from Kingwood Park High School, both have since been released, but are still recovering at home.

Humble ISD says security was added to the school but students at the rally say they still do not feel safe.

"I think it's because they're not taking the necessary precautions that they should," said sophomore student Hailey Veren.

Precautions like criminal charges. Veren and Magee say they want to see a message sent in the form of serious consequences.

"If these students are criminally charged, I think it will set the zero tolerance for violence in our school district," said Magee.

"I think once everyone knows that that student is given the right consequence everyone will feel a lot safer," said Veren.

A spokesperson from the Harris Co. DA's Office says they have to wait for school police to present the case for possible charges.

"The students in the school shouldn't have to feel afraid to go to school," said Glenn.