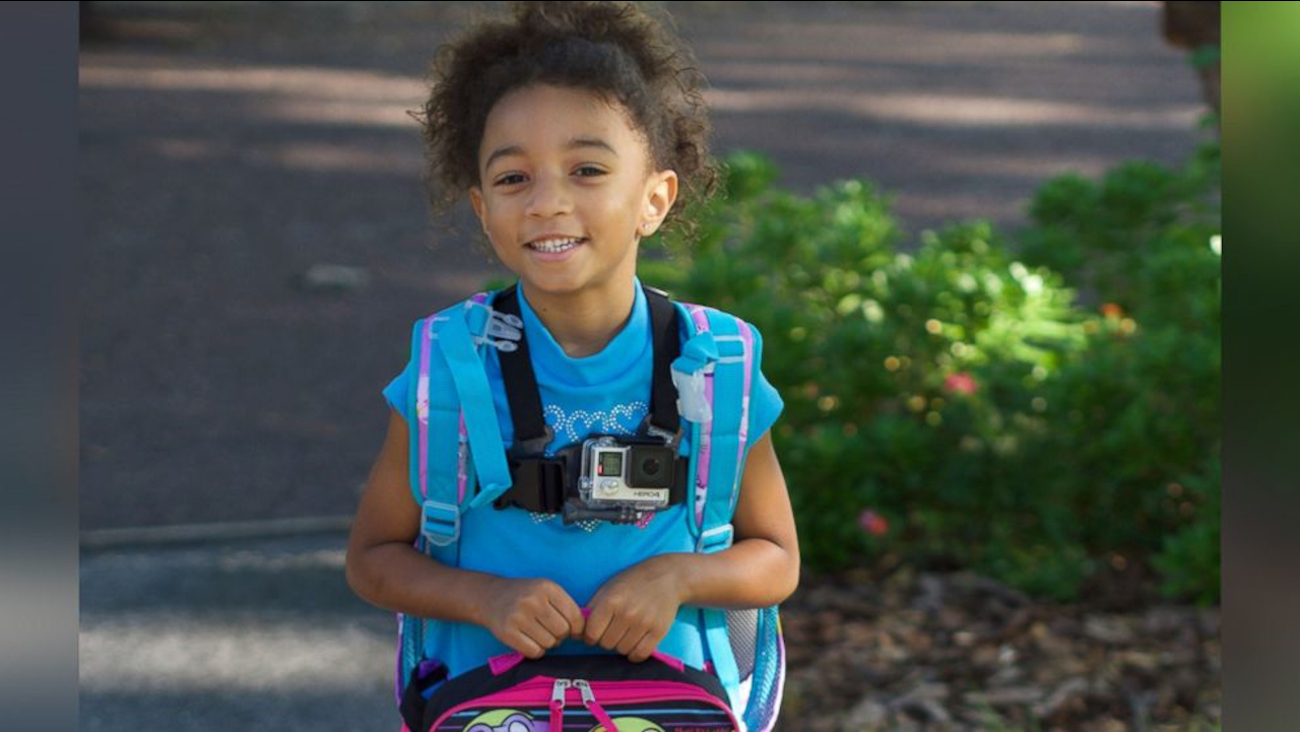 Adrianna Duncan's dad, who works for her school district as a digital communications specialist, captured her first day of school ever in an adorable video. (Courtesy Derek Duncan/ABC News)

One dad captured all of his daughter's adorable experiences throughout that first day by strapping a GoPro camera to her chest.

Derek Duncan, a digital communications specialist in the Parkway School District, created the sweet video of his daughter, 6-year-old Adrianna, who was starting at Craig Elementary School in St. Louis.

The video starts out with Adrianna jumping up and down in excitement and then putting on her first day of school outfit. She then walks to the bus stop, turning around for one last goodbye before she boards. At school, Adrianna and friends are greeted with bubbles and high-fives from the principal.

"We're hoping that we are not a unique situation," her dad told ABC News, "but that all schools and experiences are like this, where one is very brave and happy to be there, as they embark on a new adventure."

The video has struck a cord with parents on Facebook, where it has received more than 200,000 views.

"Just had major flashback to when my own two were little like this," wrote one Facebook user, Linda Lockhart.

"It seems to fly by once they go to kindergarten!" wrote another user, Isabel Robison. "Enjoy each minute, hour, day because it does [sic] by like a blink of an eye."

Duncan said that he hopes parents with kids of all ages can relate to Adrianna's day.