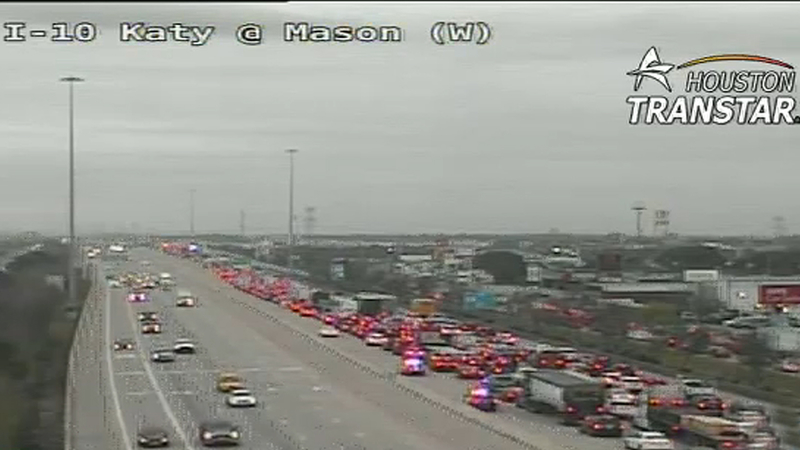 HOUSTON, Texas (KTRK) -- A motorcyclist was killed in a major crash on the Katy Freeway Friday morning, and police are now searching for one of the drivers involved.

Police said a 31-year-old man was riding a Triumph motorcycle in the 21700 block of the Katy Freeway around 7:15 a.m. when the man and the driver of a white Ford Escape both merged into a moving lane of traffic at the same time.

The motorcyclist struck the rear of the Escape, and witnesses told police the man fell off the bike.

Westside and VCD Officers are on the scene of a fatal accident involving a large box truck and motorcycle at I-10 and Mason Rd. (Eastbound). Multiple eastbound lanes of I-10 are shutdown. Expect major delays. #hounews #houtraffic

That's when witnesses said the man was struck by a tractor-trailer truck, which fled the scene.

The motorcyclist was pronounced dead at the scene.

Investigators determined that the driver of the Escape, who stayed at the scene, was not impaired. The driver was released.

All mainlanes of I-10 eastbound at Mason were closed for four hours following the wreck.