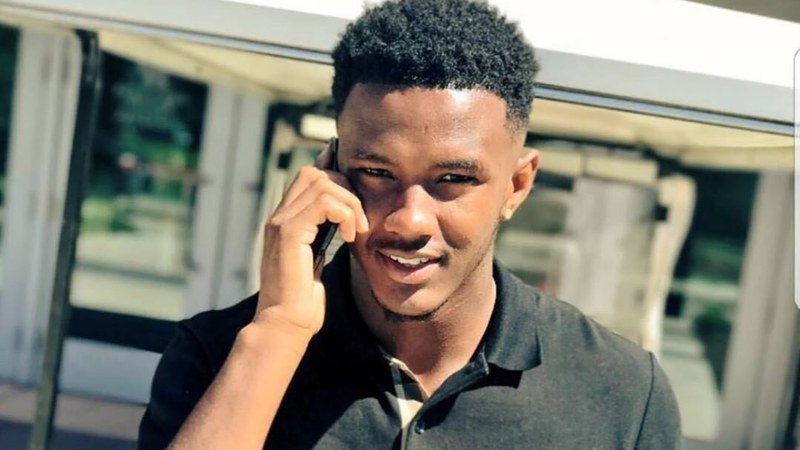 HOUSTON, Texas (KTRK) -- A man found shot to death at a high-rise apartment in Midtown Houston has been identified as a former member of the UH Cougars and Spring High School football teams.

The Harris County Institute of Forensic Sciences identified the victim from a deadly shooting early Wednesday as 22-year-old Ka'Darian Smith.

According to police, Smith called his friends saying he had been shot on the 12th floor of his apartment complex in the 2800 block of Fannin.

The friends arrived to his apartment about 30 minutes later and were able to move him downstairs while they waited on an ambulance. He was pronounced dead at the hospital.

"We are heartbroken to learn of the senseless killing of Lion Alum Ka'Darian Smith last night. Our thoughts and prayers are with all of KD's family and friends in this most difficult time. RIP 4 We love you and will miss you!" the football team's Twitter account said.

We are heartbroken to learn of the senseless killing of Lion Alum Ka'Darian Smith last night. Our thoughts and prayers are with all of KD's family and friends in this most difficult time. RIP 4 We love you and will miss you! 💚🦁 pic.twitter.com/7P0WEm92sM

ABC13 also spoke to a best friend of Smith's mother, who said he once played for the University of Houston Cougars. Tanecha Dunn recalled Smith talking often about making it in the NFL or in sports broadcasting.

Dunn is one of the close friends who drove in from Louisiana to be with Smith's mother.

"So we came so she doesn't have to do this by herself," said Dunn, who added that she helped raise Smith.

"(He) was a jewel, a blessing, and it's a very heartbreaking day. It's a hard pill to swallow. We all feel it's a dream," she said.

HPD said the victim suffered multiple gunshot wounds to the torso, adding there was no sign of forced entry to the apartment and the suspect could be someone the victim knew. The family firmly believes that is the case as well.

"If anyone knows what happened, who's at fault, [call police]. We want justice," said Dunn.

So far, police have not identified a motive or any suspects.

Right now, they're just focusing on the happy memories and the moments they all shared with Smith.

"He would just always volunteer and give back to the community. And we would travel to his games and see him. We were just so proud," said Dunn.

Eyewitness News has reached out to the UH Athletics Department for a statement about Smith's death. We are awaiting comment.