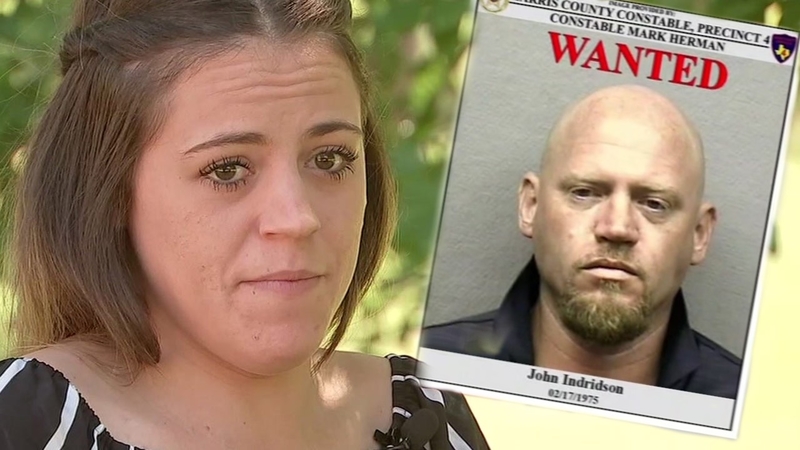 CYPRESS, Texas (KTRK) -- The U.S. Marshals say they are now investigating a new lead in the case of wanted fugitive John Indridson.

Investigators say he held two former employees captive inside his home for nine hours, using machetes, belts, extension cords and a staple gun to beat and torture them.

The new lead involves a car theft Easter Sunday night at the Murphy USA gas station in front of Walmart off 290 and Cypress Rosehill.

The car owner, who we are only calling Amber, says she believes the person who stole her car is connected to Indridson.

In an exclusive interview with ABC13 Eyewitness News, Amber says her sister dropped her off at the Walmart, then drove to the nearby gas station to fill up.

"She looked over to get the pump number, looked back, paid the guy, she walked out and the car was already gone," Amber said.

A surveillance camera got a picture of the perp, but it's credit card charges that have the U.S. Marshals Gulf Coast Violent Offender Task Force involved.

Two charges, totaling more than $2,000, were swiped by Indridson Contracting, the same name of the business the wanted suspect owns.

"And those were the only charges he tried to use on any of the credit cards," Amber said.

Her car is a black 2004 Nissan Armada with black rims and a hot pink license plate frames.

The crime has taken her only mode of transportation and sense of security.

"The fear that he's going to come banging on my door, kicking my door in," Amber said.

The single mother of three says because her car theft is linked to a fugitive search, it is taking longer for her insurance company to approve a reimbursement.