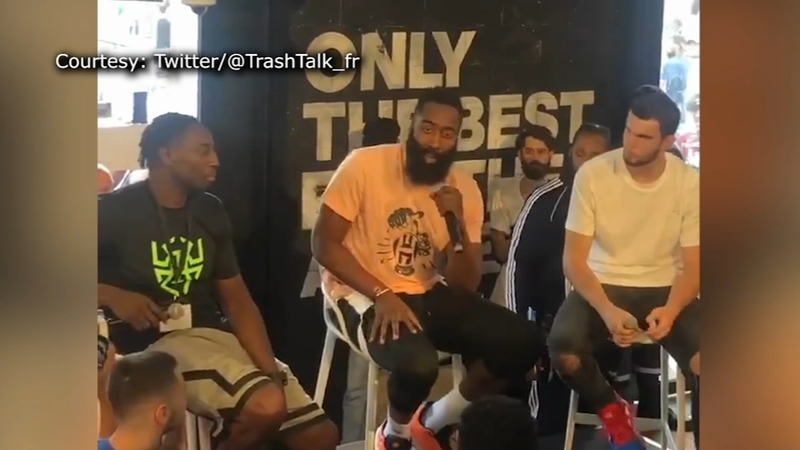 HOUSTON, Texas (KTRK) -- James Harden is currently with Adidas touring Europe. The Rockets' star was overseas when the news broke that he would be re-united with Russell Westbrook, his former teammate with the Oklahoma City Thunder.

The two will share a backcourt again for the first time since Game 5 of the 2012 NBA Finals, which was the last game Harden played in a Thunder uniform before being traded to Houston.

While talking with fans in Paris on Friday, Harden gave his first comments on the Rockets acquiring his friend and the 2017 NBA MVP.

"And now the opportunity came available to where Russ wasn't happy, and now we're back. It's going to be a lot of fun this year, I guarantee you that," Harden said to the fans.

Harden and Westbrook's relationship started way before their days as teammates with the Thunder. Both grew up in Los Angeles and have known each other since they were 10 years old, according to Harden.

The duo has been seen hanging out together many times since Harden was traded away from Oklahoma City in 2012.