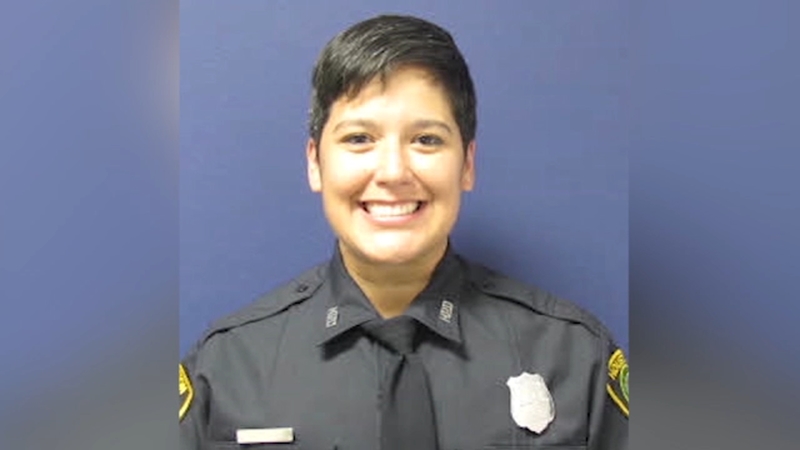 SEALY, Texas (KTRK) -- An off-duty Houston police officer who crashed while driving the wrong way had a blood alcohol level that was double the legal limit, according to a toxicology report conducted by the Travis County Medical Examiner's Office.

The crash happened in Sealy in December. The report took several months to complete and was obtained by ABC13 on Monday.

The report shows Officer Gizelle Solorio's blood alcohol level was .16. An anti-depressant called Citalopram was also found in her system, which a pharmacist said should not be mixed with alcohol.

It was 6:25 a.m. on the morning of the crash. DPS troopers said Solorio was driving the wrong way in the westbound lanes of I-10 in Sealy. She ultimately crashed into a tractor trailer.

Solorio died at the scene. The other driver involved was not hurt.

"Using alcohol with this kind of medication," said Sally Salib, lead pharmacist at Briargrove Pharmacy & Gifts. "It can impair the driving skill, it can impair anything the patient is doing that requires focusing, like using heavy machinery."

Salib said the amount of Citalopram the report shows was in Solorio's system is higher than a typical dosage, but the pharmacist said that could be because the medicine accumulates in the system over time.

"Most of the anti-depressant medication [work] this way. They accumulate in our body so we cannot predict how many milligrams or how many tablets she used exactly," said Salib.

Solorio was well thought of by her peers.

"We are saddened to learn the results of the DPS-led investigation into the death of Officer Gizelle Solorio. She showed incredible promise from the time she was voted president of her training academy class to her assignment as a patrol officer. While no single decision defines a person, all of our decisions do have consequences. HPD takes driving while intoxicated very seriously, as is reflected in the increased DWI arrests made last year. We have emphasized to the entire department the importance of practicing what we preach about DWI. More importantly, we have expanded our psychological services, peer support services, and our chaplain program to better serve the mental and emotional health of our workforce."

The Department of Public Safety also sent a statement saying, "The Texas Department of Public Safety (DPS) has completed its investigation into the Dec. 19, 2019, fatal crash that led to the death of Gizelle Solorio, 32, of Katy. DPS Troopers concluded, based upon toxicology reports, that Solorio was intoxicated at the time of the collision. Investigators determined this was also a contributing factor in this crash."