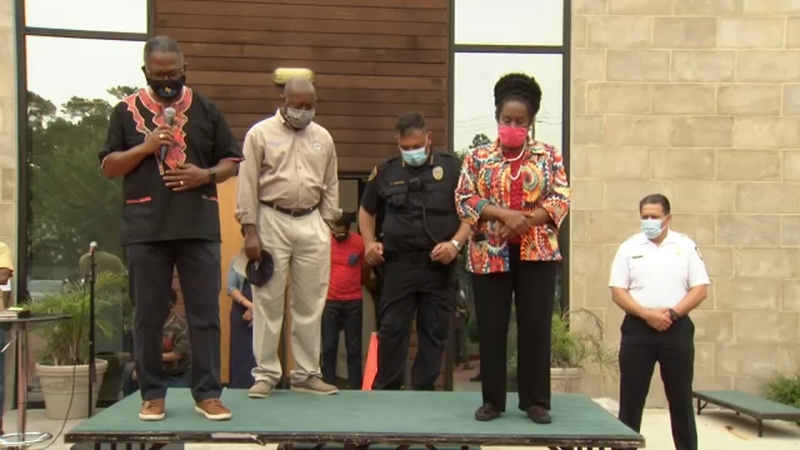 "Give us that honor," Acevedo said during a rally on Sunday for the Houston native who died in police custody.

The department will use a high level of security to transport Floyd's body, comparable to when an officer dies in line of duty, the chief said.

He said he will provide more details at a rally scheduled for Tuesday, June 2 where protesters will march to City Hall.

Floyd's body will be laid to rest in Houston, Mayor Sylvester Turner said in a press conference on Saturday.

"This is the same city that George Floyd grew up," Turner said. "And his body will be returning to this city -- to his city."

Floyd, 46, died in Minneapolis after he couldn't breathe while in handcuffs as officer Derek Chavin kneeled on his neck for eight minutes. Chavin was arrested and charged with third degree murder.

More than 100 people were arrested on Friday and Saturday during marches that turned violent in downtown Houston.

Eighty percent of the protests on Friday were peaceful, while the rest involved defacing buildings, looting and committing other violence, Turner said. He asked residents to report any individuals intending to do violence.

Judge Lina Hidalgo, who was not at the rally on Sunday released a statement echoing Turner's pleas to protest peacefully.

"(I) join Mayor Turner and others in urging those who speak out to do so peacefully, safely, and with the ultimate goal of driving meaningful change, not more violence," her statement said.