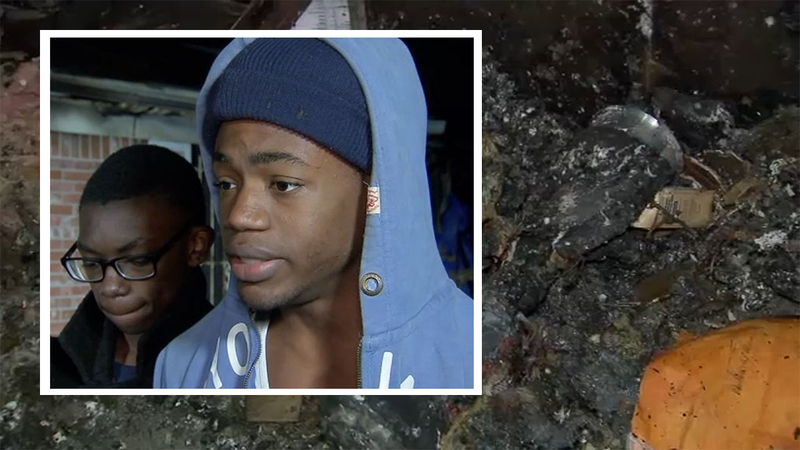 HOUSTON, Texas (KTRK) -- A family on Houston's south side has been left homeless after they say a hoverboard exploded and burned down their home.

They said it happened in a matter of seconds.

Tiffany Jones said she was at her second job Wednesday night when her oldest son, Tyree, called her in a panic to tell her their home was up in flames.

Tyree only had a few minutes to react after his younger brother, Taelen, noticed his hoverboard began crackling.

"We decided to pick it up, but then it started sparking more," said Taelen.

"Next thing you know, it exploded in my face," said Tyree. "The first thing that came to mind was, 'Get my brothers out of this house.'"

The Consumer Product Safety Commission has documented over 250 hoverboard incidents involving fires since 2015 and recommends checking for recalls.

READ MORE: CPSC: No hoverboards on the market are safe

"Even if I saw the videos of hoverboards exploding, I never thought that mine would be one of those," said Taelen.

Now, the hoverboard that the mom bought her son for his birthday this past summer simply lays in the ashes of the home they've lived in for the past 15 years.

"The whole mattress caught fire in five seconds," said Tyree. "The whole ceiling caught fire. I could have lost my brothers that night."

Despite the horrific scare, the mother said she's proud of her son for his quick-thinking and for immediately jumping into action.

"He stepped up to the plate and got my babies out of here," said the mom in tears.

The family is currently staying at a hotel. They've created a GoFundMe in an effort to get back on their feet.