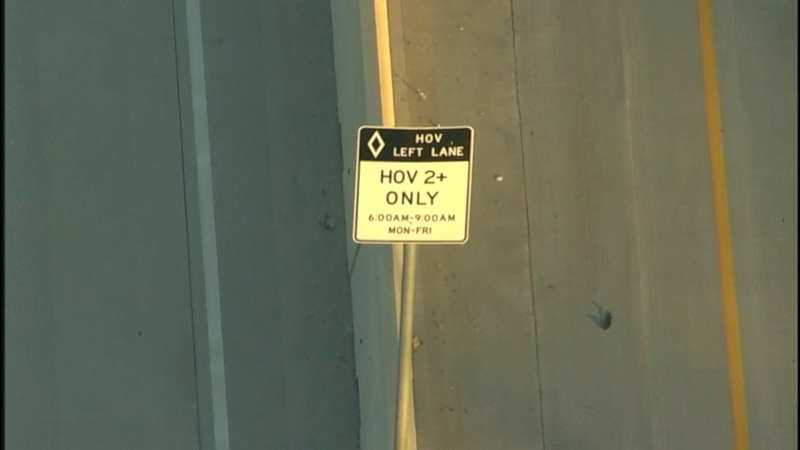 HOUSTON, Texas (KTRK) -- The Highway 290 commute is about to get a little faster for reverse commuters, thanks to new rules for the HOV lanes. Instead of building new HOV lanes, TxDOT is converting the far left lane into a carpool lane.

From 6 a.m. to 9 a.m., Monday through Friday, the westbound (outbound) left lane will become a carpool lane for cars with at least two people inside.

During those same time periods, the existing HOV lane will operate in the opposite direction. It runs down the center of the freeway and is separated by traffic barriers. The new lane designation creates HOV lanes that run in both directions, from 34th Street to Barker Cypress.

TxDOT has been installing new signs to show the new rules, which are expected to go into effect later this month or next. Buses and other high-occupancy vehicles can also use those lanes.

Watch the video above to see what TxDOT representatives are saying drivers should do if they see someone breaking the HOV rules or speeding.