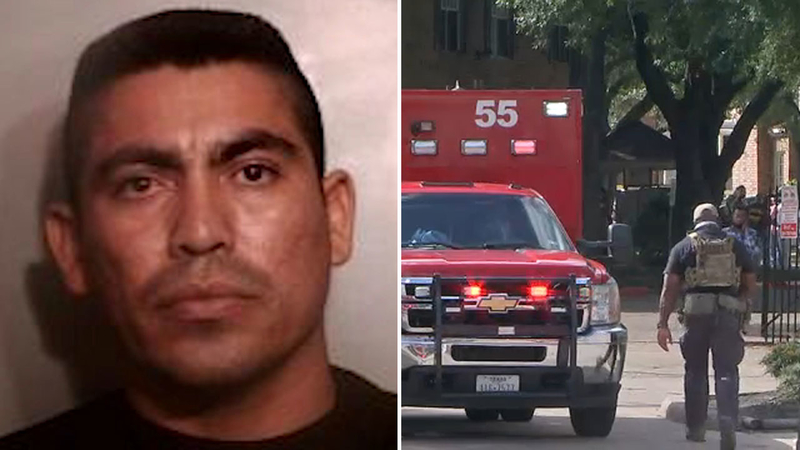 Suspect had HPD called on him twice over the weekend

HOUSTON, Texas (KTRK) -- As Houston's law enforcement community agonizes once again over the death of an officer, the person believed to have pulled the trigger had threatened his wife twice leading up to the shooting.

The suspect, Elmer Manzano, 51, was taken into custody from the Richmond Manor apartment complex on Holly Hall and then reportedly transported to Ben Taub Hospital with a gunshot wound to his upper body.

Police said he had barricaded himself in an apartment after two officers were wounded. Sgt. Harold Preston died from his injuries. This prompted SWAT team members to respond.

Police documents obtained by ABC13 showed as recent as Sunday, the couple had a verbal fight over their 14-year-old son's custody. Officers were called at that time, where they found six bullets on Manzano but no gun.
The incident resulted in police reporting "no assault occurred."

ABC13 also learned Manzano's wife made at least one other complaint against her husband, which was taken this past Saturday, making it two reports to police over one weekend.

We're also learning Manzano's 14-year-old son was caught in harm's way during Tuesday's incident. The teen was shot and later taken to Texas Children's Hospital. His condition was not immediately disclosed.