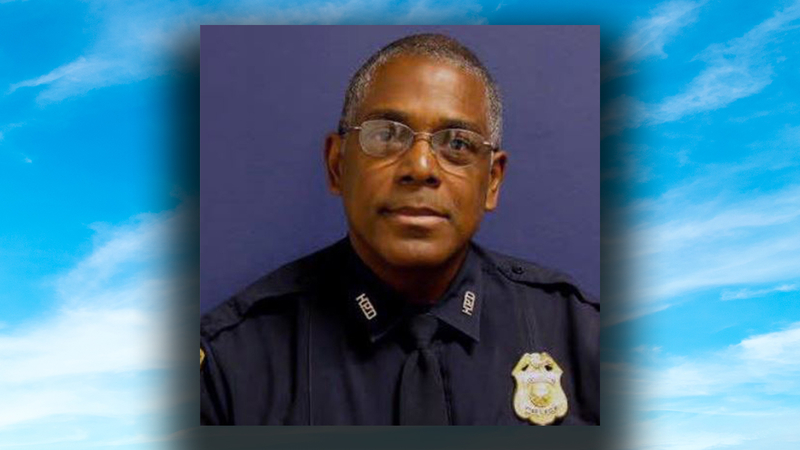 HOUSTON, Texas (KTRK) -- One of two Houston police officers has died after they were shot at an apartment complex Tuesday morning in southwest Houston, HPD Chief Art Acevedo said.

The officer killed has been identified as Sgt. Harold Preston, a 41-year veteran of the department. He was preparing to retire this year.

Rest in Peace, brother. You will always be remembered and your sacrifice will never be forgotten. pic.twitter.com/kYNMmBioIN

Acevedo said Preston was shot more than once in the head. He was also shot in the shoulder area and a bullet was embedded in his spine.

Turner identified the second officer shot as Courtney Waller. He was shot in the arm and is expected to survive. Waller has been with the force for three years.

Acevedo said officers were responding to a domestic violence situation. When Preston, Waller and another officer arrived to the scene, the estranged wife of the suspect, identified as 51-year-old Elmer Manzano, told them she was moving out and wanted to retrieve items from the apartment.

Acevedo said HPD had two previous service calls at this same address over the weekend.

On Tuesday, the woman said the door was locked and Manzano wouldn't let her in. Officers spoke with her for an hour.

By 9:31 a.m., officers were able to safely move Preston away from the apartment, while Manzano remained inside.

A minute later, HFD ambulances arrived, transporting Preston and Waller to Memorial Hermann Hospital, where there has been a massive police presence ever since.

HFD also transported the teen son, who was shot in the arm, to Texas Children's Hospital.

Around 10:26 a.m., Manzano looked out the window, saw that SWAT had surrounded the apartment, and surrendered.

Acevedo said an elderly woman also walked out of the apartment at the time.

Acevedo shared that Preston, who was in his 60s, was able to see his mother before he died.

"I'm not calling him a hero because of the way he died today, but he is a hero," Acevedo said. "Because as good as he was as a cop, he was a better human being."

"He's leading from where we want our sergeants to lead from: the front. He's leading with his men and women on the streets instead of choosing to sit at a desk drinking coffee, reading the paper, that's the kind of man he was," Acevedo continued.

Acevedo said that Preston lived with his elderly parents and took care of them.

Texas Gov. Greg Abbott issued a statement after the shooting.

"Our hearts are with the family of Houston Police Sgt. Harold Preston who was shot and killed in the line of duty this morning. This tragic loss is a grave reminder of the dangers our brave law enforcement officers face while keeping our communities safe. Cecilia and I ask our fellow Texans to join us in lifting up Sgt. Preston's family in prayer in their time of need. We also ask all Texans to pray for the speedy recovery of Houston Police Officer Courtney Waller who was shot while responding to the same incident and is recovering in the hospital. The state stands ready to assist the Houston Police Department in bringing to justice the perpetrators of this horrific tragedy."

"The men and women of Constable Mark Herman's Office extend their condolences to the Houston PD as they mourn the loss of Sergeant Harold Preston who was shot and killed while responding to a domestic violence call this morning," Constable Mark Herman wrote. "Rest easy brother, we have the watch!"

The men and women of Constable Mark Herman's Office extend their condolences to the Houston PD as they mourn the loss of Sergeant Harold Preston who was shot and killed while responding to a domestic violence call this morning.

Rest easy brother, we have the watch! pic.twitter.com/m3HhZknj7M

1/2 It is with a heavy heart I inform you of another police officer’s death, Sgt. Harold L. Preston, dead at the hands of an offender accused of domestic violence. Domestic violence is killing our families and our police officers and is a public safety priority for prosecutors. pic.twitter.com/VDNAV5c0t7

WATCH: Skyeye is over the scene of where two HPD officers were shot while at apartment complex near the Highway 288.

At the time, Acevedo shared his support.


"Our hearts are broken for our friends. We will be with the Bruce Family and HFD every step of his journey to Eternal Rest," Acevedo wrote.

According to officials, violent crime is up 11% in the city of Houston.

Six hot spots throughout the city are seeing the most violent crime numbers.


As a result, Mayor Sylvester Turner announced a new initiative designed to help battle crime and decrease numbers, especially during this COVID-19 pandemic.

Turner says the city will put $4.1 million of CARES Act funding into the initiative, which will deploy an additional 110 officers each day to the aforementioned areas to help reduce crime. The officers will stay in those areas for the remainder of the year.

There is also a grave concern about the rise in domestic violence cases since the pandemic started.

In June, 13 Investigates reported there was a spike in victims in need of protection as quarantine restrictions at the time were lifted.

Still, this latest shooting adds to what has already been difficult for HPD since last year.

In Dec. 2019, HPD Sgt. Christopher Brewster was shot to death while responding to a domestic disturbance call in Houston's East End.

In that case, the suspected shooter, 25-year-old Arturo Solis, was charged with capital murder of a police officer. Court documents state Solis confessed that he was aware Brewster was a police officer and shot him in order to avoid arrest.

WATCH: In PC court Sunday, Solis was charged with capital murder of a police officr without bond. He waived his right to appear. 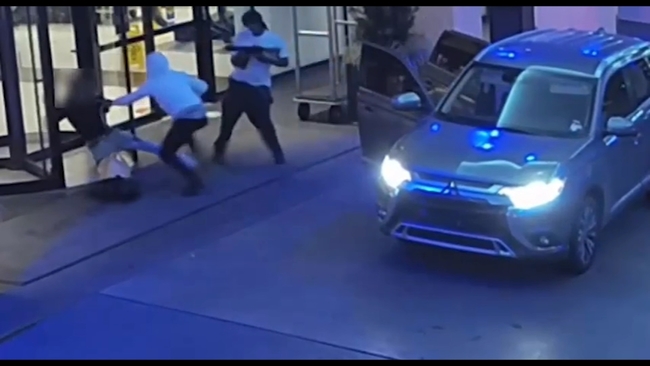