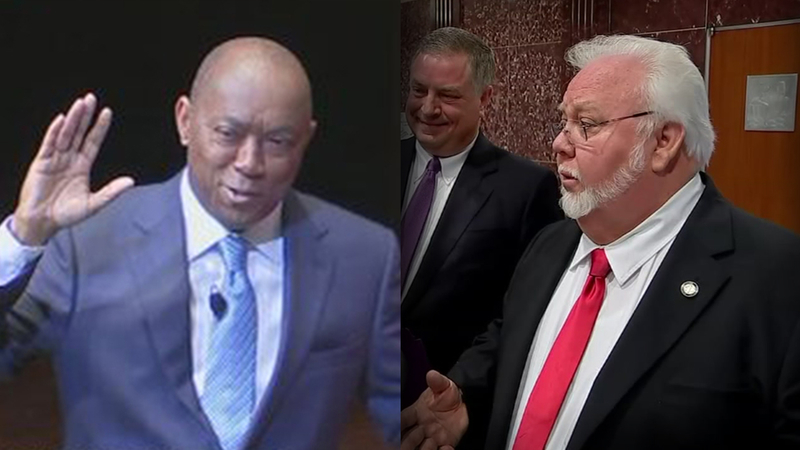 The referendum, backed by tens of thousands of Houstonians' signatures, could trim Turner's power at City Hall by allowing council members to place items on the council agenda.

The 2023 vote is just weeks before Turner is set to leave office and would come after two other election dates in 2021 and 2022.
Right now, Houston's mayor is the only person with the power to add items to the Houston City Council agenda. That agenda is how city business is done. Any changes to city ordinances, the budget, and who gets to do business through contracts are all part of a council's agenda.

Forty-thousand citizens attached their name to a petition to propose changes to that practice. The effort garnered enough signatures, more than 20,000 certified by Houston's city secretary, to let the voters decide in a referendum.

The rub with some supporters: that referendum won't go before voters until November 2023, more than two years away and just weeks before Turner's final term ends.

"This is voter suppression," said Houston City Council Member-at-Large Mike Kubosh, who's one of those behind the push for the change. "It's shocking that what we have done is we're just going to kick the can down the road, and we're going to disenfranchise these voters."

FROM 2018: Houston council members get heated after failed meeting

Kubosh told ABC13 he was furious when he found out the date.

There are elections set for this year, and in 2022, well before Turner's choice.

Kubosh and others believe the United States' fourth-most populous city with 2.3 million people should have more input into what's added to the council's regular business, and they shouldn't have to wait two years before the voters decide whether they agree with them.

Minutes after this report was initially posted, and hours after we asked, Mayor Turner's office replied, saying the date is both legal and budget-conscious.

"An election order is determined by the governing body under the Texas Election Code. Under the City's Charter, the Mayor puts forth specific, proposed action, and Council will make the final determination. The Administration proposal is a legally permissible date of the uniform election date in November 2023, which is the next scheduled City election. Doing so permits any other timely proposed charter amendment to be placed on the ballot on that election date without having to delay it further because of the constitutional prohibition against amending the Charter more frequently than every two years.

Of equal importance given the fiscal constraints under which the City operates, holding the election in November 2023 avoids the significant costs of a special election that are in excess of $1 million. The precise cost is not known because it is dependent on other elections held in Harris County on any future election date, which are not known, where each entity participating in an election bears its pro rata share of the cost.

For example, Harris County estimates the city's costs for a citywide election in Nov. 2021 to be $1,188,270. This estimate does not include Montgomery County and Fort Bend County costs, nor the cost of publications and translations. Thus, a special election could run as high as $1.3 million or more."