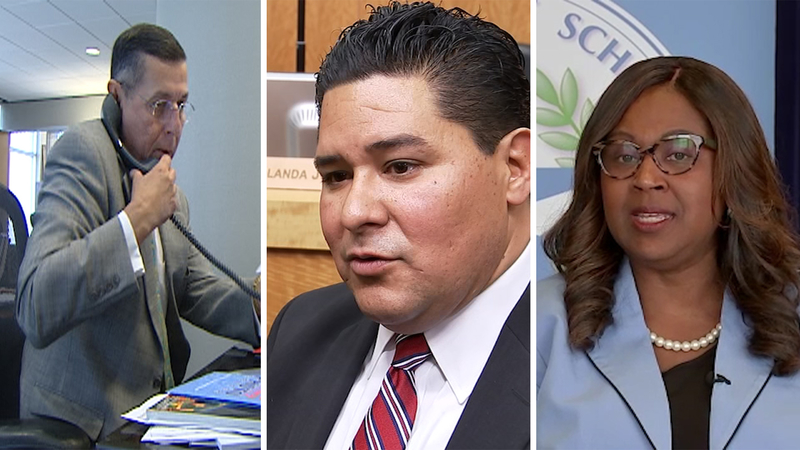 A look at HISD's superintendent history

HOUSTON, Texas (KTRK) -- As Houston ISD opens the search for a permanent superintendent, let's look back at its leadership history.

A split HISD Board of Trustees decided against giving interim superintendent Dr. Grenita Lathan the permanent job, opting instead on a nationwide search to fill the role.

Since Carranza's departure in 2018, it has been a difficult road for HISD to find someone to fill the role.

Lathan was appointed by unanimous approval to the interim role back on March 22, 2018.

But later that year, the board replaced Lathan with Dr. Abe Saavedra, who was previously HISD's superintendent from 2004 to 2009. The decision was short lived. During the same week that trustees voted to replace Lathan, the board reversed the decision and kept her in the role.

Despite not being given the permanent job, trustees invited Lathan to apply for the position.

After years of what the state considers dysfunction and a failure to properly educate all children, the Texas Education Agency announced in Nov. 2019 it would be taking over the district.

That means the state informed district leaders it would appoint a board of managers and a superintendent.