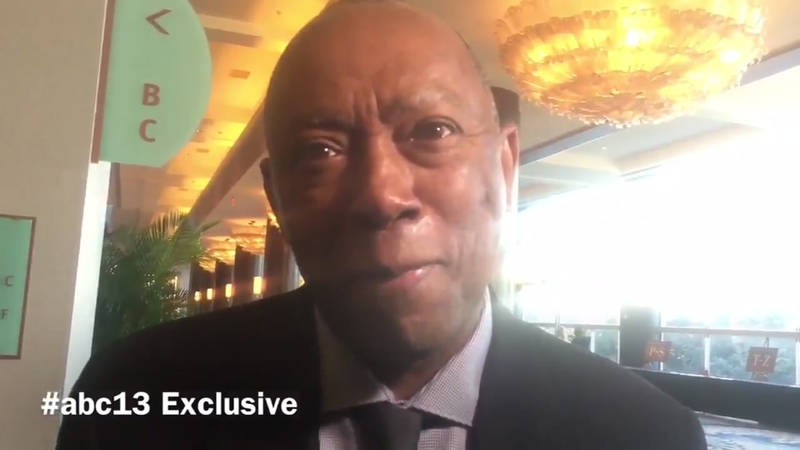 HOUSTON, Texas (KTRK) -- By the time it was all over, an emotionally raw Houston ISD board meeting led to the third superintendent in less than a year for the state's largest school district.

The sudden change surprised many in attendance at Thursday night's school board meeting.

SHAKE-UP: Saavedra back to HISD after board ousts Lathan

Trustee Diana Davila made a motion to bring back Saavedra, who served as superintendent from Aug. 2004 - Aug. 2009. It shocked many, but the motion passed 5-4.

"Quite frankly for me, what happened last night happened. I believe people deserve what they vote for. So when HISD falls into disrepair, it is what it is," said board member Jolanda Jones, after being on the losing end of the 5-4 vote.

Jones, a longtime supporter of Lathan, told us that Lathan had brought up student testing scores and her impact can't be ignored.

Houston Mayor Sylvester Turner sounded exasperated by the HISD board's move on Friday, calling it "destabilizing, unacceptable" and saying he "can't condone it."

A look back at Houston's former HISD superintendents

"My number one interest is what's best for the kids," the mayor said. "You can't govern such a large institution by taking actions that doesn't appear to be well thought out."

Saavedra is expected to return to lead the district on Monday.

Some parents told Eyewitness News that Thursday's school board meeting left them with little trust in the board.

"Appalled, in disbelief. For what we were seeing unravel, in front of the community, in front of the public," said HISD parent Kristy Jhaver. "Because what we finally saw last night is what had been going on in those closed-door sessions."

HISD board member Wanda Adams, also on the losing end of the vote, said that she believed the move was rooted in racism and called for the state to come in and take over.

"This board has opened my eyes to what race really is. This board is racial. So, now we are under the cloud of a takeover," said Adams

Adams believes the decision to drop Lathan was made months ago.

"The only reason you don't want her is because she's black, and I don't think that should be the climate at this time," Adams said.

Meanwhile, Elizabeth Santos, a board member who voted in favor of Saavedra, says the move was designed to speed up the process of a national search for a permanent replacement. Santos pointed out that a faction of the board has been resistant to starting a national search, wanting to instead just appoint Lathan permanently.

"I've been committed to start from now, to a transparent process, and the interim is just an interim for the next six months," said Santos. "We want community involvement, and this is just a move to get to the search."

For the last four years, Saavedra has served as superintendent of South San Antonio Independent School District. His last day was Friday.

The South San Antonio ISD spokesperson told Eyewitness News that Saavedra decided not to renew his contract back in June.

He was the first Hispanic American superintendent of HISD.

Lathan was appointed as interim superintendent on March 22, 2018, after the departure of Superintendent Richard Carranza, who left to become New York City's chancellor of schools.

Dr. Lathan's appointment came in the midst of a budget crisis in HISD, requiring cuts to staff and spending. She will now go back to being chief academic officer.