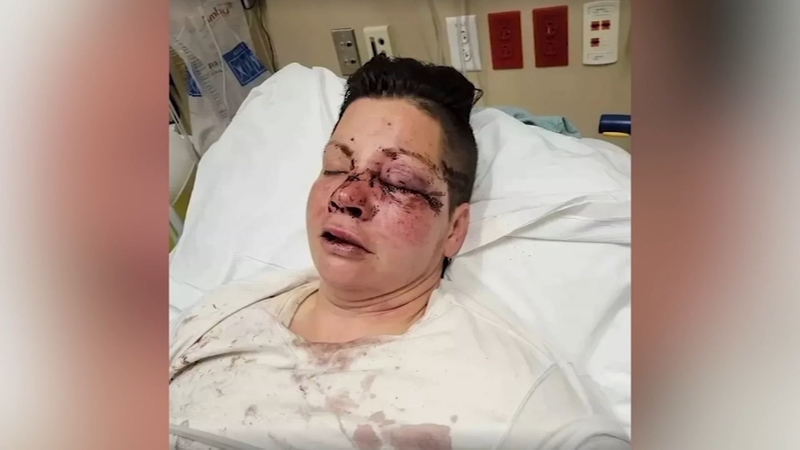 HOUSTON, Texas (KTRK) -- A family is pleading for the community's help after a woman was reportedly jumped and robbed in a Walmart parking lot in southwest Houston over the weekend.

Jessie Lozano said his daughter, Jennifer Lozano, was hospitalized after she was attacked in the Walmart parking lot off Beechnut and Kirkwood.

It happened around 11:30 p.m. Saturday while Jennifer Lozano was on her way home from a friend's house, her father says. Jennifer Lozano told the family that she wasn't feeling well and decided to pull into the parking lot.

"She noticed a vehicle pull up and heard a male's voice and asking her if she was alright," Jessie Lozano said, recalling his daughter's account of the attack. "And she slightly looked up and (saw) several males, she said, 'Yes' and the next thing she remembers is coming to and not really being able to see well."

Houston police said Jennifer Lozano walked to a nearby friend's home to call 911. Police said the investigation is ongoing and detectives are working to obtain surveillance video in the area.

Jessie Lozano said he is grateful his daughter is alive, but she may have permanent eye damage. He said the alleged thieves spent several hundred dollars on her stolen debit card. He hopes someone will do the right thing and give Houston police a call.

"If you can speak up. If you can help solve some of these crime. You know, call your local law enforcement, Crime Stoppers, whatever you can do," Jessie Lozano said. "You're going to save somebody else's life."

The family has set up a GoFundMe to help Jennifer Lozano with medical expenses.