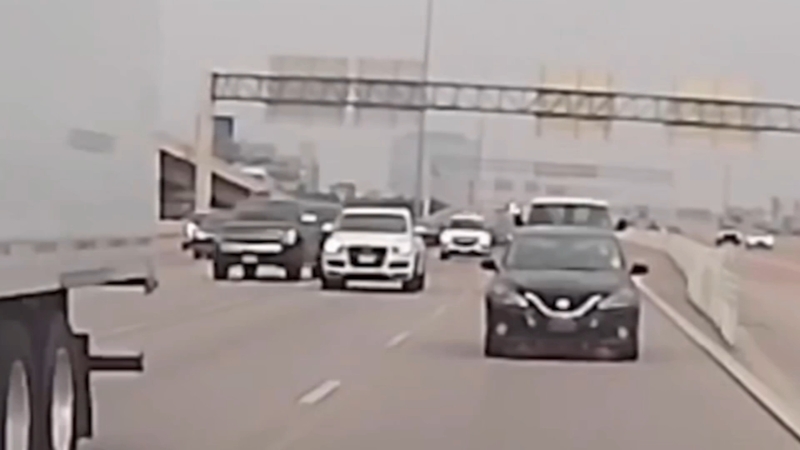 HOUSTON, Texas (KTRK) -- In July 2021, the Houston Police Department announced a multi-agency initiative called the "Safe Roadways initiative" to try to combat the road rage problem on our streets. Extra funds made it possible for more officers to be on the roadways in marked and unmarked cars watching for aggressive behavior.

SEE ALSO: New HPD initiative to help fight road rage: 'We're going to be out there'

Again, the issue of road rage is at the forefront of many people's minds as a week ago, 9-year-old Ashanti Grant was shot while riding in the back of her family's vehicle on the Southwest freeway. Road rage is said to be behind the tragic shooting. The girl remains in the hospital, fighting for her life.

ABC13 asked HPD about the status of the Safe Roadways initiative seven months in.

"If you compare July when we started this program to December, which is the last full month we have data for, it's down about 9% in terms of calls for service coming in related to aggressive driving," explained Commander Reece Hardy with the Houston Police Department.

"We have seen a downtick in aggressive driving-related calls for service, although when you have tragedies like we had last week, it brings everything back to the forefront although that one incident is not necessarily indicative of the trend we are seeing," said Hardy.

Hardy said he is hopeful the amount of road rage incidents in the region will continue to go down, especially if more people realize they have the power to react differently.

"I think that's really where we are going to have our biggest impact, when folks realize there is something they can do avoid these types of situations, not engage in them, to begin with. I think we will have a lot of success and see these numbers go down," said Hardy.