Houston residents on edge after multiple homes shot at in broad daylight: 'We are family-oriented' 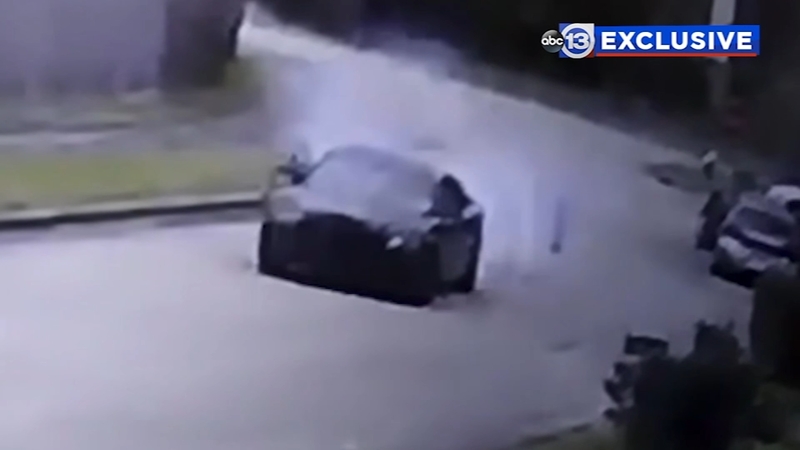 Residents on edge after multiple homes shot at in broad daylight

HOUSTON, Texas (KTRK) -- Residents in the Chasewood subdivision near Missouri City are on edge after several homes were struck by stray bullets during a drive-by shooting.

Surveillance footage of the Feb. 4 incident shows a dark-colored sedan pulling in front of a home on Chasevillage Drive at about 10:45 a.m.


As the car drives down the road, the shooting begins and smoke appears to come from the vehicle. The passenger side door then opens and someone inside keeps shooting as they drive off.

"I was in the garage and there were several shots fired and I heard, 'Boom, boom, boom, pow, pow, pow,'" recalled David Carl Evans.

Neighbors say the shooters had no regard for their surroundings or where the bullets ended up. A window in one house is now boarded up after two bullets pierced through, shattering the glass.

"I heard rapid fire at least 20 times," said Roselynn Spencer. "It had to be an automatic because it happened so fast."

Luckily, no one was wounded in the gunfire.

"One of the neighbors told me their 10-year-old son was devastated because the bullet went through the garage door, through the wall, and they're always in there," Evan said.


Residents say they're fed up with the violence and have put together a petition, hoping landlords can help put an end to it.

"We live in peace, harmony most of the time. Recently, we have tenants who are renting and bringing unwanted characters into our neighborhood," Evans said.

According to data, in all of 2021, there were eight aggravated assaults and one murder within a half a mile radius of the shooting.

"We are family-oriented and we don't have problems like that, nothing so dangerous like this ever," Spencer said.

The Houston Police Department confirmed they are investigating but there have not been any charges.