Man accused of spying on female roommate with bathroom camera and tracker: 'It's creepy' 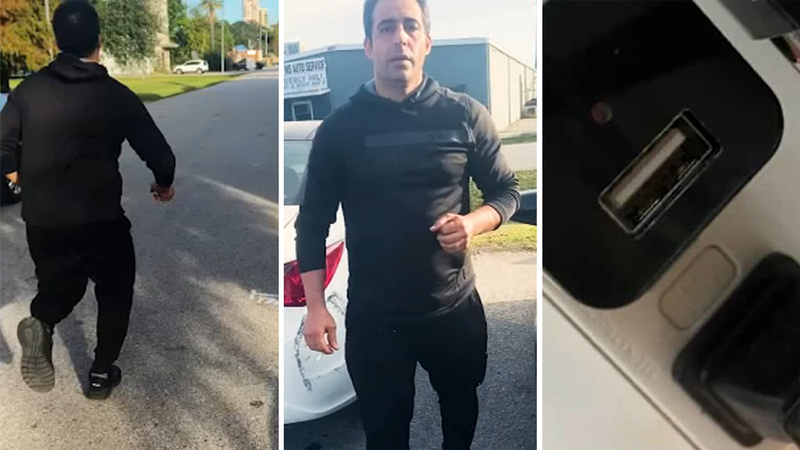 Man accused of spying on female roommate with bathroom camera

HOUSTON, Texas (KTRK) -- A man has been arrested and charged with putting a camera in the bathroom of an apartment he shared with a female roommate, but that's not all. Houston police also believe the man placed a GPS tracker on the woman's car.

Saman Shams, 39, is out of jail on a personal bond. He is charged with invasive visual recording, a felony, and unlawful installation of a tracking device, a misdemeanor.

Neither Shams nor his court-appointed attorney responded to ABC13's request for comment.

"I'm still freaking out. I don't know how long he's been watching me. I'm really anxious and disgusted," said the 23-year-old former roommate, who asked to remain anonymous.

According to court records, Shams put a camera in the bathroom at the apartment on Schumacher Lane, where the victim rented a room from him. She said she discovered it last week just before she took a shower. It looked like a charger until she opened it up and found a SIM card.

"I took it over here and put it in a reader and saw pictures and videos of myself," she said. "It's weird and it's creepy."

But that's not all. Court records state Shams unlawfully installed a tracking device on the woman's car.

Shams was arrested first for the camera and when he got out of jail, the former roommate confronted him. She shared video of him running away. The ordeal has left her constantly on edge, but she hopes this is a warning for others.

"For other girls and people to just be careful. You don't know. No matter how nice they are, how much you think you trust them, it doesn't matter," she said.