Autopsy proves man was no threat to Houston police officer who shot him, family says 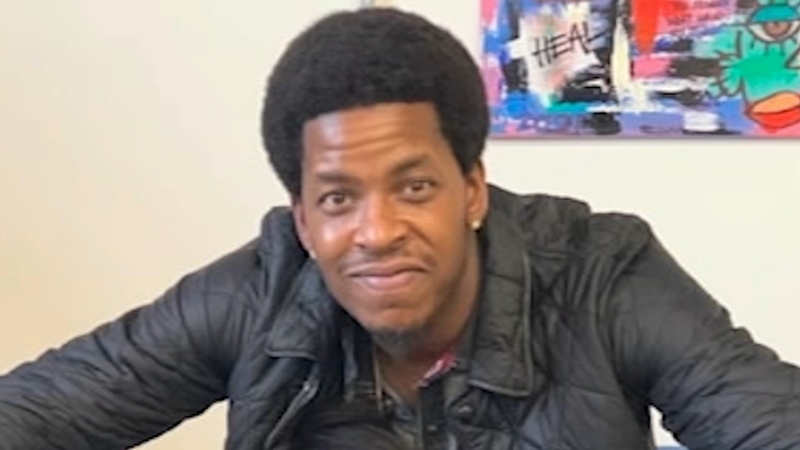 Autopsy proves man was no threat to officer who shot him, family says

HOUSTON, Texas (KTRK) -- A family is calling on Houston police to release bodycam footage of an officer accused of killing their loved one in April.

Members of the HPD Narcotics Division Tactical Team were searching for 29-year-old Jalen Randle, who was wanted on three felony warrants.

According to police, officers saw Randle get into the passenger side of a car, and the driver refused to stop when officers attempted to pull them over.

Randle was shot and killed by an officer after he got out of the car, according to police. He had a bag with a gun inside, police say.

Acknowledging his violent history, Randle's family said that's not a reason to kill someone. His family and attorney Ben Crump held a press conference on Wednesday, revealing the results from an independent autopsy they had done.

"Jalen was shot from behind, running away from police," Crump said.

The autopsy provided by the family reveals he was shot near the back of his neck.

"How was he a danger running away from the police?" Crump asked.

Randle's mother sobbed as she begged the public to help get justice for her son, adding she spoke to him just an hour before the shooting.

"He said 'I love you momma' and I told him I loved him back," Tiffany Rachal, his mother said. "He was my everything. When police officers shot my child, he took my heart, he took the breath that I breathe."

Houston Police Officers' Union president, Doug Griffith, said he spoke to officers on the scene who explained Randle did not listen to commands, also encouraging police to release the footage sooner.

"I can tell you those officers' perception that day was that gentlemen was armed and they took the appropriate action necessary," Griffith said. "There was a pursuit and once he exited his vehicle he did not comply with verbal commands. Had he only complied with verbal commands, we wouldn't be in this situation today."

Houston police identified the officer who pulled the trigger as Shane Privette, who is no stranger to controversy. Privette was indicted by a grand jury after allegedly kneeing a drug suspect in the face, but charges were later thrown out and he was exonerated.

ABC13 interviewed the suspect involved from behind bars back in 2019.

As per HPD protocol, Privette is on administrative leave and the incident is being investigated by the HPD Special Investigations Unit, the Internal Affairs Division, and the Harris County District Attorney's Office.

Houston police have 30 days to share the body camera footage from the day after the incident.

A spokesperson for Houston police said they had no plan to release the footage sooner.

"We have to have transparency, and for the life of me, I can't understand why they take so long to release the video," Crump said.

Randle leaves behind two parents and a 5-year-old daughter.

"I am seeking justice for my son who no longer has a voice to speak," his father, Warran Randle, said. "I have to explain to my 5-year-old granddaughter what happened to her father."

According to Houston police, there have been 10 officer-involved shootings in 2022.