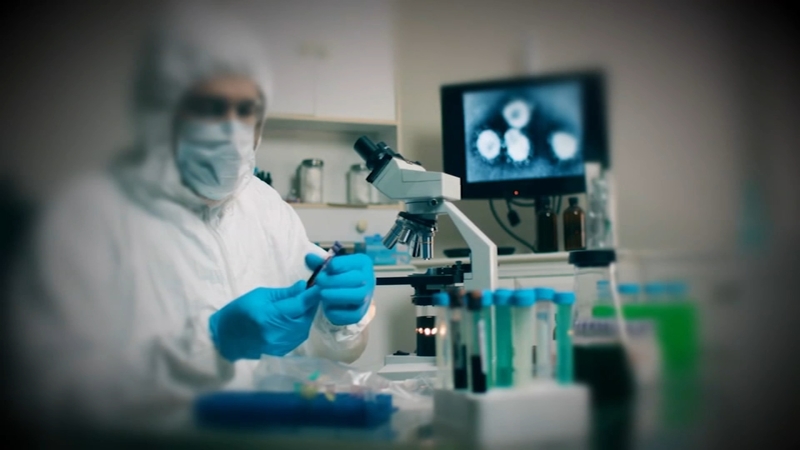 HOUSTON, Texas (KTRK) -- The Houston area is now facing at least five different variants of COVID-19 with the addition of three from New York, Brazil and California.

Study findings released Thursday by the infectious diseases team at Houston Methodist showed the additional three variants have been detected among the 20,453 coronavirus genomes in the area examined since the start of the pandemic.

Two separate teams of researchers said this week they have found a worrying new coronavirus variant in New York City. Meanwhile, hope is on the horizon for a third U.S. COVID vaccine.

Houston Methodist has been examining the genomes of every positive COVID-19 test they have received since the beginning of the pandemic. The genome is basically the genetic makeup. It's through that experts have determined the U.K., Brazil, South Africa, California and New York variants are present in the Houston area.

A recent study from Houston Methodist found that Houston is the first city in the nation to document the five major mutations.

There are new COVID-19 variants in the Houston area, but what's the biggest concern? We went straight to one of Houston's top experts for answers.

Some of the other variants, such as the South Africa variant, have been identified in the Houston area but also in small numbers. So far, the Houston area only has two of those, according to Musser.

There's concern that once vaccinated, people may not produce as large of an antibody response to the South Africa variant. Still, Musser said the vaccines do appear to do well against preventing severe disease and he's encouraging everyone to get vaccinated.

Its also crucial to stress that these variants are here but people need to get vaccinated.

"We need to make sure people get vaccinated as soon as possible in our city of seven million people here," said Musser.

Breaking down all the COVID-19 variants identified in the U.S. right now

Variants from the United Kingdom and South Africa have already been confirmed by city and county-level health officials, who have described them as being more contagious.

SEE MORE: Everything you need to know about South African COVID-19 variant

The findings come from the hospital system's nation-leading genome sequencing study. Methodist's team processes as many as 1,700 samples a week. All four variants were detected in the most recent batches of genomes, the hospital told ABC13.
How wastewater is helping officials detect COVID-19 variants
EMBED More News Videos

ABC13 sat down with the city of Houston's health authority to see how the variant can impact COVID-19 testing and the vaccine.