What we know so far about COVID-19 variants worldwide 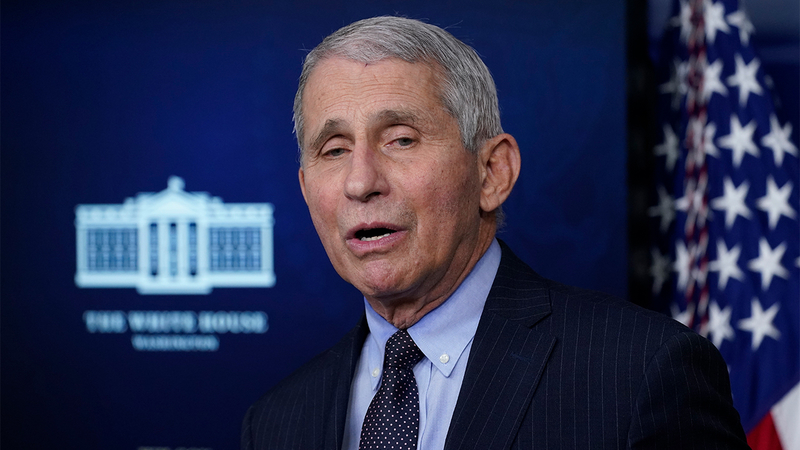 Scientists around the world are on the lookout for new COVID-19 variants, which are caused by mutations of the virus when its replication machinery makes an error. Experts say these mutations and the new variants are normal and to be expected.

In recent months, so-called variants of concern have been identified in the U.K., South Africa, Brazil and in the U.S. And it's not a coincidence they're appearing in these countries, which have been overwhelmed by the sheer number of COVID-19 cases.

Finding variants by screening COVID-19-infected patients with genomic sequencing is the easy part. The difficult part is then figuring out what these mutations mean. Researchers are studying the variants daily to gain a better understanding of their differences.

While we still don't know a lot about how the mutations in these variants change the virus, we do have evidence that some might be more transmissible. But there's no strong, solid evidence to date demonstrating that these variants are more deadly or resistant to current vaccines.

President Joe Biden says the U.S. is ramping up vaccine deliveries to hard-pressed states over the next three weeks and expects to provide enough doses to vaccinate 300 million Americans by the end of the summer or early fall.

The U.K. variant was one of the first identified "variants of concern." It's estimated to have first emerged in September, and it quickly gained a foothold, spreading like wildfire throughout the U.K. and then other parts of the world. At least 293 cases have been reported in the U.S., according to the Centers for Disease Control and Prevention, which said the actual tally probably exceeds that.

There's good evidence this variant is more transmissible, spreading more easily and more quickly. This increased transmissibility is believed to be due to mutations in the spike protein -- the part of the virus that allows it to "stick" to cells. This spike protein is what the vaccines target.

The most worrying part about mutations in the spike protein is concern over it potentially rendering vaccines ineffective. Reassuringly, Pfizer now has two studies -- neither peer reviewed -- that demonstrate the vaccine is effective against laboratory-made viruses that have the mutations of this variant.

Last week, the U.K. said that there's concern that the variant might be more deadly. Sir Patrick Vallance, the U.K.'s chief scientific adviser, said early evidence suggests the variant could be about 30% more deadly, but there was "a lot of uncertainty around these numbers."

Dr. Anthony Fauci, director of the National Institute of Allergy and Infectious Diseases and chief medical adviser to President Joe Biden, told ABC News that U.K. researchers "became convinced that it's more virulent ... so I believe their data."

Still, other scientists say it is also possible that the increased mortality rate is from the U.K. medical system being completely overrun by patients falling ill with the virus, leading to more deaths. More research is underway to determine if this strain truly is more deadly.

The Biden administration is boosting purchases of coronavirus vaccines to deliver enough to protect 300 million Americans by the end of the summer, as it surges deliveries to states for the next three weeks following complaints of shortages and inconsistent supplies.

In South Africa, another "variant of concern" was discovered in a patient sample from October. It shares some of the mutations of the U.K. variant, but it developed independently in South Africa, from which it has spread to neighboring countries and a few others off the continent.

But unlike the U.K. variant, preliminary findings indicate that current vaccines could have slightly diminished efficacy.

Two variants have been detected in Brazil. The first (B1.1.248) was detected in four Japanese travelers traveling from Brazil. The second variant (P.1) appears to be the major variant in Brazil, in particular in the Amazonian Manaus region. The two variants are related, but scientists are more concerned about P.1 because evidence suggests it's more transmissible given its spread and dominance in Brazil.

Scientists also are concerned that P.1 might escape a person's natural immunities after an individual recovers from a COVID-19 infection, leaving them more vulnerable to reinfection. That's because some people are getting reinfected with this variant after a prior infection. Some experts believe that it might have the ability to escape previously generated antibodies. But at the moment, these are just theories and no solid evidence has demonstrated this, and current vaccines should remain effective.

President Joe Biden appeared to boost his goal for coronavirus vaccinations in his first 100 days in office, suggesting the nation could soon be injecting 1.5 million shots on an average per day.

Over the last month, there have been three variants that have been discovered in the US, the first of which was found by two groups in the Midwest (20C-US or COH.20G/501Y). It was traced back to a patient sample in May and has taken over the Midwest and much of the country -- possibly now in half of all U.S. samples.

This variant has spike protein mutations different from both the U.K. and South African variants. Little is known about this variant and more research is needed to characterize it, but some researchers believe it could be more transmissible. Current vaccines should still work, they said.

In hard-hit California, two variants were identified last week. The U.S. San Francisco Bay Area Variant was identified in patient samples from October. It's believed to be the culprit of multiple large outbreaks throughout the Bay Area, and with increasing numbers around California, there's concern it has increased transmissibility.

"It's still very early in terms of what we know about this particular variant," said Dr. Charles Chiu, director of the UCSF-Abbott Viral Diagnostics and Discovery Center and associate director of the UCSF Clinical Microbiology Laboratory. "What we can say is that it is increasing in number ... and in frequency, in terms of the proportion of infections that are caused by this."

Another variant was found in Southern California, the epicenter of the U.S. pandemic. It first appeared in July and is now the predominant variant in the region. Dr. Jasmine Plummer, Ph.D., associate director of the Genomics Core at Cedars Sinai told ABC News that in December about 40% of all samples contained that variant and "it's still rising."

Little is still known about both California variants. Experts still aren't sure if they're more transmissible or if the variants are responsible for more cases because of the severity of the pandemic in California.

Fauci said that more transmissible variants are a concern because more transmission leads to more cases and more hospitalizations, which means that "you ultimately will get more deaths."