Everything you need to know about South African COVID-19 variant 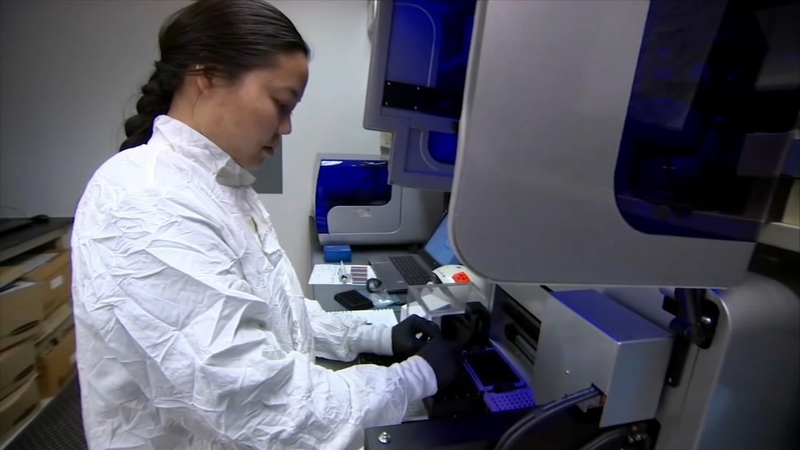 What will COVID-19 testing tell you about South African variant?

HOUSTON, Texas (KTRK) -- The South African strain of coronavirus isn't yet considered prevalent in the U.S., but it has been confirmed in the greater Houston area, and experts say it could spread quickly.

What is the 'South African variant'?

The coronavirus variant first found in South Africa was detected in October. Since then, it has been found in at least 30 other countries, including the U.S.

Where has the variant been found in the Houston area?

Fort Bend County Health Director Dr. Jacqueline Minter confirmed a resident from her county was confirmed for the strain. The male sickened with the variant has recovered.

How are experts screening for the South African variant?

Checking for these variants has been happening by analyzing a random sample of COVID-19 tests. For now, Texas breaks down the virus to see its structure and sends that data to its partners at the Utah Public Health Lab to perform the analysis and variant identification. The state is currently working on putting that infrastructure in place to perform its own analysis, which should be available sometime in February.

Do the new variants mean the current COVID-19 tests are less accurate?

The nation's largest testing companies and laboratories say their coronavirus tests are prepared to accurately identify new virus strains as they emerge.

Quest Diagnostics and LabCorp., two of the biggest test processing labs in the U.S., say they haven't reported any changes to the accuracy of their testing data with false negatives from the new U.K. coronavirus variant.

Is it true the variants are found in our wastewater?

Dr. David Persse, Chief Medical Officer for the City of Houston, confirmed at a press conference on Tuesday that this past week the city found the first evidence of the U.K. variant in the wastewater from multiple neighborhoods. He added that at this time, the South African variant has not been detected as part of their testing.

Gross subject, but it's needed. Early results are in on a city of Houston project aimed at pinpointing COVID-19 through wastewater.

Are you more likely to catch the South African variant?

If someone has already had COVID-19, could they catch it again?

Scientists aren't completely sure yet, but they say it's possible. Health officials worry that if the virus changes enough, people might get COVID-19 a second time.

SEE ALSO: What do new variants of the coronavirus mean for Texans? And how can we best protect ourselves?
EMBED More News Videos

ABC13's Action 13 Vaccine Rollout special, which airs every Thursday at 6:30 p.m., issues updates from Texas officials on the rollout and what's happening at the national level so you can make the best decision for you and your family.

It's too early to say, but it might be harder for doctors to help you treat it. Some tests suggest the South African and Brazilian variants may be less susceptible to antibody drugs or antibody-rich blood from COVID-19 survivors, both of which help people fight off the virus.

The limited research currently available shows the new variants that have been identified so far are not deadlier, according to the CDC. But they are more contagious, which can lead to more cases. More cases can lead to more hospitalizations and, potentially, more deaths.

The UK variant as well as the one first identified in South Africa have worried officials and experts because they are more easily transmitted than the strain the US has been fighting so far. And as leaders race to get Americans vaccinated, they say the newer strains could spread quickly.

"The projection that is made with regard to the UK (variant) is that probably by the end of March, the beginning of April, it actually will become more dominant in this country," Dr. Anthony Fauci, director of the National Institute of Allergy and Infectious Diseases, said during a White House news briefing on Friday.

"The fact is, when you have a virus that has ability to transmit more efficiently than the wild type in the community, sooner or later by pure viral dynamics itself, it will become more dominant than the wild type," Fauci said.

Will vaccines work against the South African variant?

Experts warn this variant may have an impact on the efficacy of the current vaccines available, but testing work continues. UTMB-Galveston scientists tested the blood of people vaccinated with the Pfizer vaccine against the different strains.

Researchers found that fewer neutralizing antibodies were produced in the South African variant compared to the other strain tested.

"We do know, from the lab, that many of these vaccines are not working as well against the South African variant," said Dr. Hana El Sahly with Baylor College of Medicine.

Should you get the vaccine if you can?

Although the coronavirus has mutated slightly, the vaccines still seem to give some level of protection to the people who get them

Fewer neutralizing antibodies does not mean the vaccine is less effective. An immune response is still triggered, producing protection above a specific threshold.

The issue is right now, researchers just don't know where that threshold is.

Biotechnology company Novavax said it is developing a booster to protect against newly emerging strains.

The company recently announced its vaccine, known as NVX-CoV2373, was found to have an efficacy of 89.3% in a Phase 3 clinical trial conducted in the UK and the vaccine appeared to demonstrate clinical efficacy against some variants of the coronavirus.

In January, Novavax started developing boosters for the newer variants.

"The company plans to initiate clinical testing of these new vaccines in the second quarter of this year," Novavax said.

ABC13 Marla Carter spoke with two health experts with UTMB and the Baylor College of Medicine to get you answers.