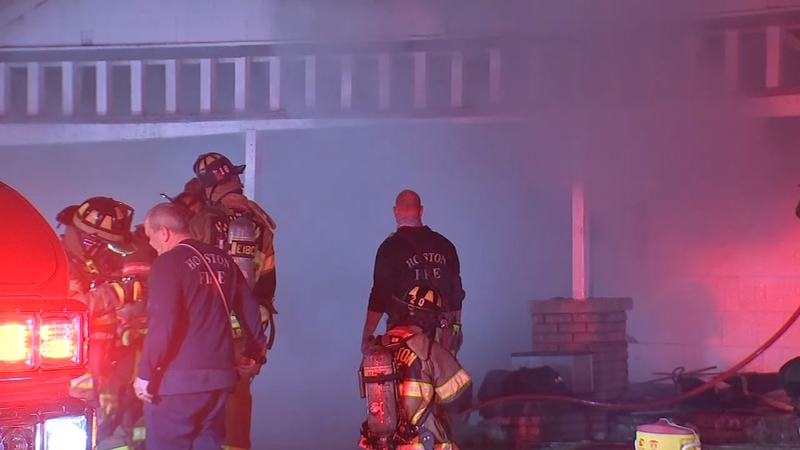 Three dogs died in the blaze, but the family was able to escape without injury, according to one resident.

The family told firefighters they believe heaters they'd bought to deal with the cold overloaded the home's electrical system.

"I was on the second floor, and my younger sister said that the breaker had tripped," said resident Alonzo Arevalo. "I was going to go check it, and I smelled smoke. On the second floor, there was an attic. I kicked the door open, and I saw fire in there. I was trying to turn it off and was unsuccessful."

Arevalo's 23-year-old stepdaughter was overcome by smoke and was taken to a hospital, but she's expected to recover.

SEE ALSO: 69 deaths, 44 hours of freezing, $18 billion in damage: This week's winter storm, by the numbers

The fire was the first in at least two Houston-area fires in the last 24 hours that involved injuries and efforts to stay warm.

On Sunday, a man and woman in Channelview were able to escape a burning mobile home. That fire began when a barrel fire on the front porch spread to the structure. The man suffered burns and smoke inhalation.