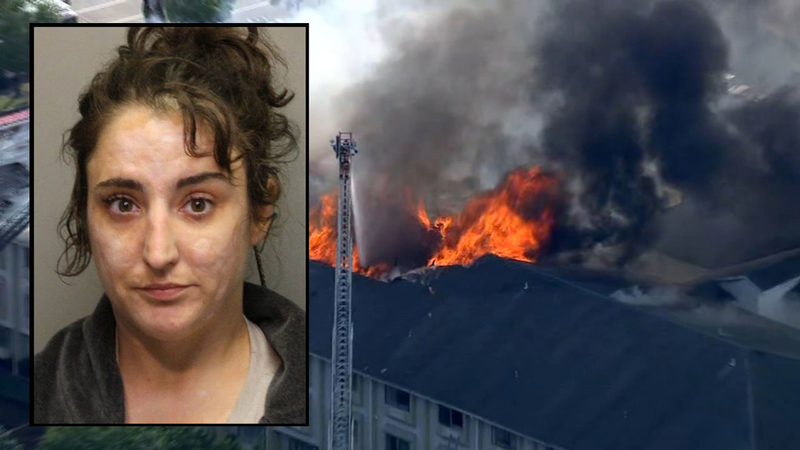 SPRING, Texas (KTRK) -- A babysitter has been charged after investigators said two children left in her care sparked a massive fire at a Spring motel, and now they need your help finding her.

Tara Elizabeth Piccione, 31, is accused of abandoning two children, ages 3 and 6, at the Motel 6 near Cypresswood and I-45 on Wednesday.

The Harris County Fire Marshal's Office said the children were playing with a lighter when the bedding in their motel room caught fire.

According to documents reviewed by ABC13, the 3-year-old boy and 6-year-old girl were left in the motel room. The girl noticed the bed was on fire. She saw that her brother, who had been playing with the lighter, had set it on fire. The documents further state the little girl grabbed her little brother and went outside to the hallway where other adults got involved.

As residents began evacuating the motel, documents show that's when Piccione apparently walked back into the Motel 6 with a pizza box.

Documents show the children's mother handed over care of her two kids Oct. 8 to Piccione. She was able to go to the hospital after the fire and meet up with her children.

The fire marshal's office said some people were living at the motel when it erupted in flames. About 30 rooms were being occupied at the time of the fire, displacing 25 families in all.

The fire also spread to an adjacent building through a common attic space.

The American Red Cross is assisting fire victims, who were left searching for a place to stay overnight.

Piccione is charged with two counts of child abandonment with intent to return.