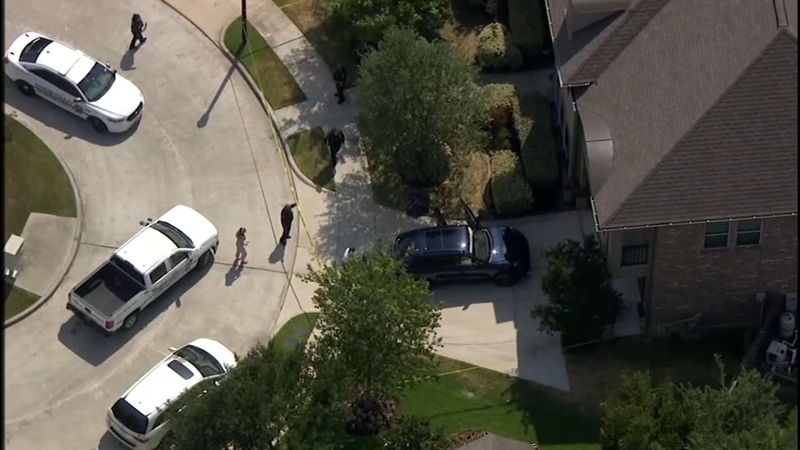 Mom in rush to set up party left son in car for hours, sheriff says

HOUSTON, Texas (KTRK) -- A mother rushing home to prepare for a birthday party in northeast Harris County left her 5-year-old son in a vehicle for two to three hours before realizing he was in there, authorities said on Monday.

The child died as a result, according to Harris County Sheriff Ed Gonzalez.

The investigation into the hot car death got underway on a cul-de-sac in the 13700 block of Blair Hill Lane at about 3:19 p.m.

Pct 3 units were dispatched to the 13700 blk of Blair Hill Ln. Upon arrival units determined a child (possibly 5 yrs) was left inside a vehicle for several hours. The child was pronounced deceased at the scene. HCSO Investigators are enroute to the scene. #HouNews pic.twitter.com/MNbhPHIHSU

Earlier, the mother and her two children - the 5-year-old victim and an 8-year-old daughter whose birthday party was being thrown - went to a store as part of the celebration preparations, Gonzalez said.

In the rush of getting organized for the party, the mom and daughter got out, but the boy remained in the back, still strapped to his seat.

According to Gonzalez, investigators learned the son knew how to unbuckle himself and get out, to which the mother may have assumed that he did. So, she went inside to prepare for the party.

But it wasn't until two or three hours later when she called for the child that she realized where her son was, the sheriff said.

Gonzalez added that investigators believe the vehicle is a loaner and that the unfamiliarity with the door safety lock may have factored into the incident.

The sheriff's office did not immediately say whether the mother will face charges.