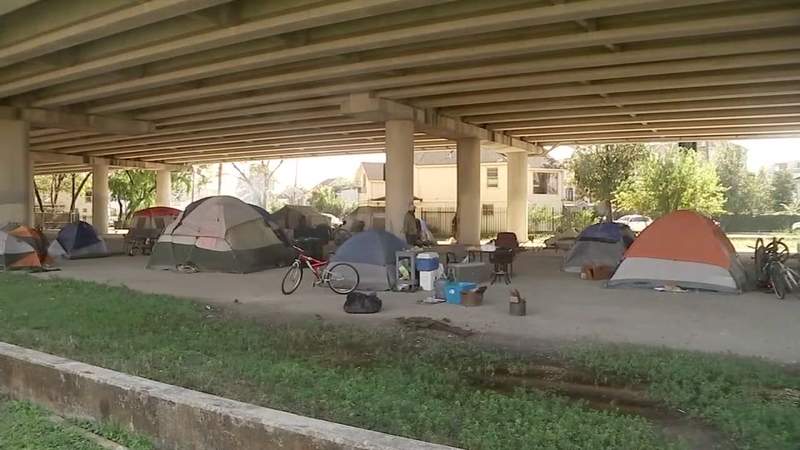 HOUSTON, Texas -- A federal judge has cleared the way for Houston city officials to enforce an ordinance that prohibits homeless people from setting up tents and temporary living quarters in public places.

U.S. District Judge Kenneth Hoyt, who had blocked enforcement of the law while a civil lawsuit is pending in his court, lifted his temporary restraining order Thursday and denied a request for a preliminary injunction.

"While this court is indeed sympathetic to the impact that enforcement of the encampment ordinance on unsheltered homeless individuals poses, the court recognizes the city's police powers to enact and enforce reasonable legislation that promotes the health, safety and general welfare of all Houston residents," Hoyt wrote.

The American Civil Liberties Union of Texas, on behalf of four homeless people, is suing the city, contending the ordinance violates the constitutional protections of homeless people and makes homelessness a crime.

Hoyt disagreed with the argument about enforcement making homelessness a crime, saying the ordinance "prohibits obstructions that hinder the city from preserving public property for its intended purpose."

City officials argue the tent cities and encampments, primarily under freeway overpasses, are hazardous to public health and safety.

Mayor Sylvester Turner said he was grateful the judge "has, for now, essentially endorsed the city's effort to strike a balance between preserving personal freedoms of every Houstonian and eliminating threats to public health that have developed at and near encampments on public property in the center of the city."

Trisha Trigilio, the ACLU's lead attorney in the case, said Friday that lawyers were considering whether to appeal Hoyt's decision. To describe the ruling as disappointing "seems like an understatement," she said.

Houston may convert a downtown segment of METRO property into a safe-space for homeless individuals.

If ticketed, people who can't afford a place to live face fines up to $500, Trigilio said.

"It's not a constructive public policy solution," she said.

Turner has said the restraining order caused conditions at the sites to worsen. One of them includes more than 100 tents under a freeway near downtown. It and another site have been the scene of several homicides and other crimes.

Residents of nearby neighborhoods also have complained about the conditions that public health officials have agreed are becoming a hazard because of large amounts of feces and urine on the ground.

The city has cleared out the camps for repeated cleanings but Hoyt's order, issued in August, didn't prevent people from returning and again setting up their tents, stoves and furniture.

The ordinance banning the encampments is part of a six-point plan the city unveiled earlier this year to tackle homelessness in Houston, including providing more permanent housing and an anti-panhandling campaign. Officials say Houston has about 3,400 homeless individuals.

The city is proposing to move some of the homeless to a plot of land at a bus depot where they can find security and shelter.

No trial date has been set for the lawsuit.