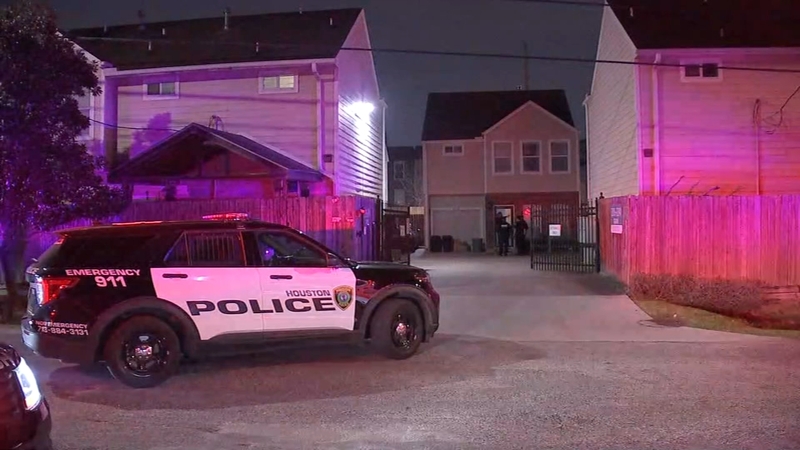 It happened just after 1 a.m. in the 2200 block of Naomi near Cambridge Street, not far from NRG Park.

According to HPD, the homeowner was asleep on the 2nd floor, but woke up when he heard the back door glass break, which is when the intruder entered the house.

The intruder went upstairs and opened the door to the bedroom.

That's when the homeowner, who had a gun, shot the intruder in the neck, police say.

Officials say the intruder ran away and started knocking on neighbors' doors for help, saying he had been shot. It was too late, though, and he died at the scene.

The family that lives next door to where the shooting happened told ABC13 that the same intruder was bothering them around midnight when he was in their back yard breaking belongings and turning on the hose.

The family also claims the alleged intruder keyed their car before going next door and being shot to death.

Police say it's unclear if the intruder was armed, but they don't believe the homeowner will face any charges.

The homeowner was alone at the time of the shooting.