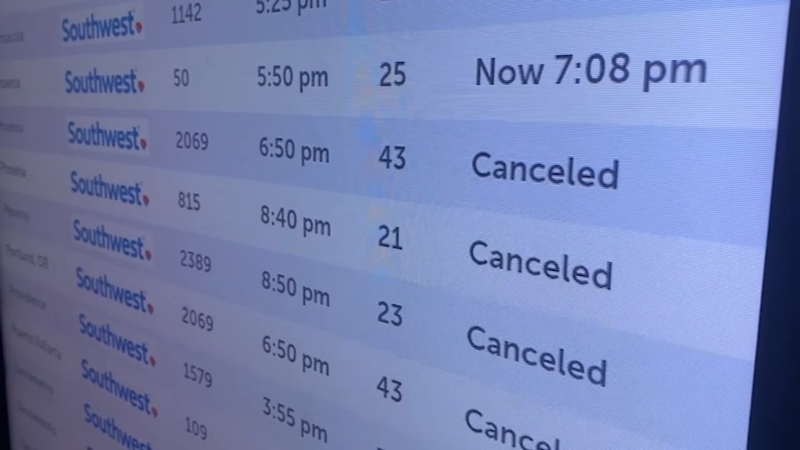 At 7:44 p.m. the airport announced the FAA ground stop had been lifted and the airport had resumed normal operations, but urged passengers to continue to check flight status directly with their airline.

The outage was caused by wiring and transformer issues.

According to the airport, 58 flights were cancelled and 61 were delayed. Planes in the air during the ground stop were diverted to other airports. Gates in places like New Orleans and South Padre were crowded.

Around 5 p.m., the airport said they were working to resolve an issue with the lighting system on runway 4/22.
Hobby Airport said in a tweet:

"Our crews are working diligently to restore operations as soon as the runway is deemed safe for aircraft operations. We will share updates as they become available."

Check the status of arriving and departing flights with the operating airline prior to coming to the airport.

The FAA ground stop has been lifted and the airport has resumed normal operations. Passengers should continue to check flight status directly with their airline.